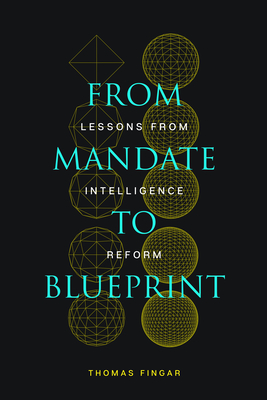 From Mandate to Blueprint: Lessons from Intelligence Reform

In From Mandate to Blueprint, Thomas Fingar offers a guide for new federal government appointees faced with the complex task of rebuilding institutions and transitioning to a new administration. Synthesizing his own experience implementing the most comprehensive reforms to the national security establishment since 1947, Fingar provides crucial guidance to newly appointed officials.

When Fingar was appointed the first Deputy Director of National Intelligence for Analysis in 2005, he discovered the challenges of establishing a new federal agency and implementing sweeping reforms of intelligence procedure and performance. The mandate required prompt action but provided no guidance on how to achieve required and desirable changes. Fingar describes how he defined and prioritized the tasks involved in building and staffing a new organization, integrating and improving the work of sixteen agencies, and contending with pressure from powerful players.

For appointees without the luxury of taking command of fully staffed and well-functioning federal agencies, From Mandate to Blueprint is an informed and practical guide for the challenges ahead.

From Mandate to Blueprint: Lessons from Intelligence Reform