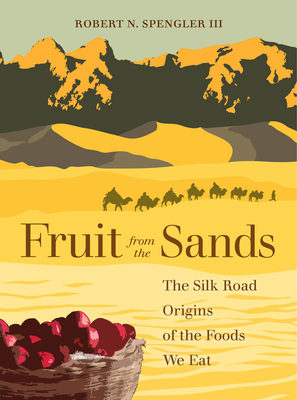 Fruit from the Sands: The Silk Road Origins of the Foods We Eat

A comprehensive and entertaining historical and botanical review, providing an enjoyable and cognitive read.--Nature

The foods we eat have a deep and often surprising past. From almonds and apples to tea and rice, many foods that we consume today have histories that can be traced out of prehistoric Central Asia along the tracks of the Silk Road to kitchens in Europe, America, China, and elsewhere in East Asia. The exchange of goods, ideas, cultural practices, and genes along these ancient routes extends back five thousand years, and organized trade along the Silk Road dates to at least Han Dynasty China in the second century BC. Balancing a broad array of archaeological, botanical, and historical evidence, Fruit from the Sands presents the fascinating story of the origins and spread of agriculture across Inner Asia and into Europe and East Asia. Through the preserved remains of plants found in archaeological sites, Robert N. Spengler III identifies the regions where our most familiar crops were domesticated and follows their routes as people carried them around the world. With vivid examples, Fruit from the Sands explores how the foods we eat have shaped the course of human history and transformed cuisines all over the globe.

Fruit from the Sands: The Silk Road Origins of the Foods We Eat

Robert N Spengler III is currently the director of the Paleoethnobotany Laboratories at the Max Planck Institute for the Science of Human History (Max-Planck-Institut für Menschheitsgeschichte) in Jena. He recently wrapped up his research also a Visiting Research Scholar at the Institute for the Study of the Ancient World through New York University. Dr. Spengler was also a research fellow in Berlin, Germany, as a Volkswagen and Mellon Foundations Postdoctoral Fellow jointly appointed at the German Institute of Archaeology (Deutsches Archäologisches Institut, DAI), in the Eurasia Department and Freie Universität, Berlin.

He is studying the paleoeconomy and ecology of Central Asia from the third millennium B.C. onward and has ongoing research projects in Kazakhstan, Uzbekistan, Turkmenistan, China, and Mongolia. While he has used several methods in the archaeobotanical sciences, he primarily analyzes macrobotanical remains. Through this research he has shown that farming was an important part of the economy across eastern Central Asia for at least four millennia and that many important crops spread through this region in prehistory.

Through his archaeobotanical studies, he is helping to fill in the last major gaps in the global map of agricultural spread, and showing how important the Silk Road was in the spread of specific crops and technologies. In addition, his data feed into a broader understanding of human adaptations, social development, and the linked nature between agricultural intensification and social complexity.

Dr. Spengler is the author of “Fruits of the Sands: How the Silk Road shaped your dinner table” (2017). The book comprehensively explores archaeobotanical data from the broad region of Central Eurasia, from Western China to the steppe and from the Altai Mountains to the Kopet Dag. Using these data, he explains when and from where certain crops spread into this region and how, from there, they eventually reached the disparate ends of Eurasia. While most historians mark the beginning of the Silk Road as occurring during the second century B.C., archaeological artifacts illustrate just how wide spread the movement of material culture was in these mountain valleys as far back as the late third millennium B.C.

Agricultural crops moved through these mountain valleys along with other goods and as a result shaped cuisines around the world. The book traces the story of many familiar grain crops, as well as fruits such as the apple, which originated in Central Asia, in doing so, it lays out the history of many of the foods on your dinner table today. 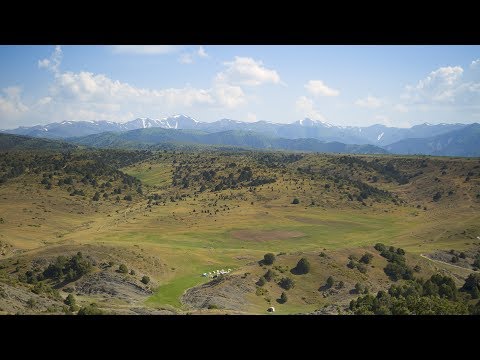 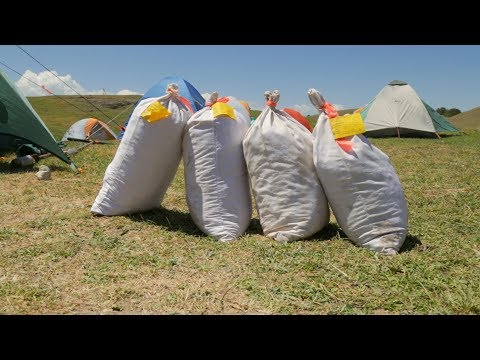