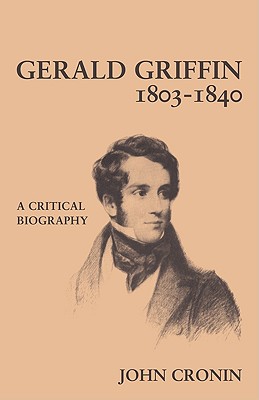 This book, originally published in 1978. was the first full-length critical study of the life and works of the Irish writer Gerald Griffin (1803-1840), who is best known for his once celebrated romantic novel The Collegians. After an unsuccessful start in London in the 1820s, he turned to the writing of regional novels and tales. He hoped these would give the English public a realistic picture of contemporary Ireland, and would induce them to reconsider their often antagonistic attitude to the Irish. Dr Cronin gives a full account of Griffin's life and literary career, and traces his gradual decline into creative sterility, using unpublished letters and other forgotten source material. He explores Griffin's period of journalism, examines the formative influence of his early struggles in London, and analyses in detail his novels, stories and drama. Throughout, he relates Griffin's work to that of his contemporaries and to the troubled Ireland of the time, and seeks to establish him firmly as a significant representative figure in an Anglo-Irish literary tradition.
Gerald Griffin (1803 1840): A Critical Biography