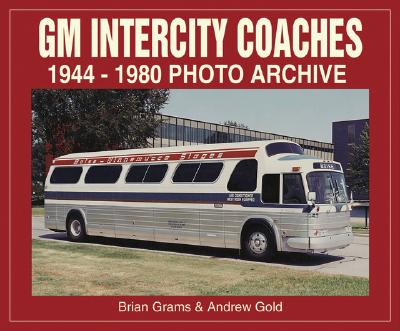 During 1943, General Motors purchased the minority interest in Yellow Truck & Coach Manufacturing Co., and effective October 1, 1943, Yellow became a division of GM under the name GM Truck & Coach Division. It is the coaches of this latter company that are discussed in this book.The first GM buses were built in 1943 when the War Production Board (WPB) authorized production of 1,340 transit buses. The first highway GMs were built in 1944 when 700 parlor cars were allowed by the WPB.Between August 1923 and May 1987 approximately 128,000 buses were built by Yellow/GM plus approximately another 12,000 were built in Canada by GM Diesel, Ltd. The buses built in Canada were transit types. All the buses shown in this book were built in Pontiac, Michigan including those for delivery in Canada.
GM Intercity Coaches 1944-1980 Photo Archive