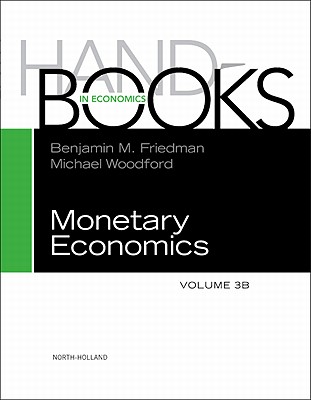 Handbook of Monetary Economics: Volume 3b

What are the goals of monetary policy and how are they transmitted?

Top scholars summarize recent evidence on the roles of money in the economy, the effects of information, and the growing importance of nonbank financial institutions. Their investigations lead to questions about standard presumptions about the rationality of asset markets and renewed interest in fiscal-monetary connections. Stopping short of advocating conclusions about the ideal conduct of policy, the authors focus instead on analytical methods and the changing interactions among the ingredients and properties that inform monetary models. The influences between economic performance and monetary policy regimes can be both grand and muted, and this volume clarifies the present state of this continually evolving relationship.

Handbook of Monetary Economics: Volume 3b