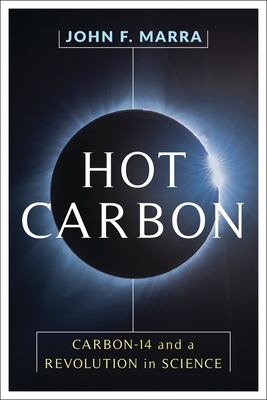 Hot Carbon: Carbon-14 and a Revolution in Science

There are few fields of science that carbon-14 has not touched. A radioactive isotope of carbon, it stands out for its unusually long half-life. Best known for its application to estimating the age of artifacts--carbon dating--carbon-14 helped reveal new chronologies of human civilization and geological time. Everything containing carbon, the basis of all life, could be placed in time according to the clock of radioactive decay, with research applications ranging from archeology to oceanography to climatology.

In Hot Carbon, John F. Marra tells the untold story of this scientific revolution. He weaves together the workings of the many disciplines that employ carbon-14 with gripping tales of the individuals who pioneered its possibilities. He describes the concrete applications of carbon-14 to the study of all the stuff of life on earth, from climate science's understanding of change over time to his own work on oceanic photosynthesis with microscopic phytoplankton. Marra's engaging narrative encompasses nuclear testing, the peopling of the Americas, elephant poaching, and the flax plants used for the linen in the Shroud of Turin. Combining colorful narrative prose with accessible explanations of fundamental science, Hot Carbon is a thought-provoking exploration of how the power of carbon-14 informs our relationship to the past.

Hot Carbon: Carbon-14 and a Revolution in Science

Before coming to Brooklyn College, John F. Marra was a research scientist at Lamont-Doherty Earth Observatory of Columbia University from 1977 to 2007. In 2001, Marra was appointed associate director for the Division of Biology and Paleoenvironment at Lamont. While at Lamont, he was engaged in a variety of programs and projects in oceanography.

Photosynthesis in the ocean. Marine phytoplankton, the microscopic marine plants that live in the uppermost, lighted, layer in the ocean, are subject to wind, waves, solar radiation and various kinds of motion and mixing.

Marra is interested in how these various physical processes regulate photosynthesis and the growth of these marine plants, which, like trees, contribute significantly to the atmosphere's oxygen and also take up atmospheric carbon dioxide.