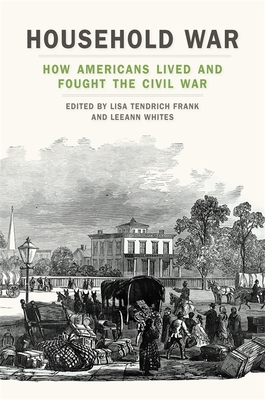 Household War: How Americans Lived and Fought the Civil War

Household War restores the centrality of households to the American Civil War. The essays in the volume complicate the standard distinctions between battlefront and homefront, soldier and civilian, and men and women. From this vantage point, they look at the interplay of family and politics, studying the ways in which the Civil War shaped and was shaped by the American household. They explore how households influenced Confederate and Union military strategy, the motivations of soldiers and civilians, and the occupation of captured cities, as well as the experiences of Native Americans, women, children, freedpeople, injured veterans, and others. The result is a unique and much needed approach to the study of the Civil War.

Household War demonstrates that the Civil War can be understood as a revolutionary moment in the transformation of the household order. The original essays by distinguished historians provide an inclusive examination of how the war flowed from, required, and resulted in the restructuring of the nineteenth-century household. Contributors explore notions of the household before, during, and after the war, unpacking subjects such as home, family, quarrels, domestic service and slavery, manhood, the Klan, prisoners and escaped prisoners, Native Americans, grief, and manhood. The essays further show how households redefined and reordered themselves as a result of the changes stemming from the Civil War.

Household War: How Americans Lived and Fought the Civil War

Lisa Tendrich Frank is an award-winning historian, editor, and writer on issues related to American women, the nineteenth century, and the American Civil War. A Ph.D. from the University of Florida, she has taught at universities across the country.

She has published books and articles on women's and American military history, has lectured widely, served as an on camera and off camera expert for historical documentaries, and has worked as a consultant for various non-profits and public history projects. She is available for guest lectures, teacher training, editorial assistance, and consulting work.

She is currently writing a book on the waging of gendered warfare by US commanders, including Grant, Sherman, and Sheridan.