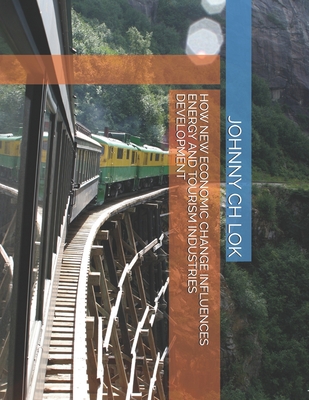 To solve oil price, terrorism etc. external risk to airline industry. Instead of high technology of fuel efficient aircrafts and self supply airline organization methods can solve terrorism attacks and oil price rising risks. However, I believe that there are other risks will threaten to airline industry. This risks concern traveller individual psychological factors influence, so it means that any airlines can apply psychological methods to predict which airline passengers' travel consumption desires. The risks include such as (1) user factor, such as: the travel country culture and tradition difference will influence the traveler chooses to prefer to go to the country to travel, the traveler's education level is high, who will choose to go to developed countries to travel, e.g. USA, UK. Otherwise, if the traveler's education level is low, who will choose to go to developing countries to travel, e.g. China, India etc. (2) economic factor, such as air tickets and airline fuel costs, (3) human resources and macro economic factor, such as political stability, economic development, educational policy, health policy, environmental policy. However, these risks occurrences are resulting in the relationship of cause and effect events. These events are not directly observable.Econometricians look at the historical record of change in fuel prices and quantities to distinguish several factors between the new economic development and old economic development to oil industry in the future. An income effect. Increasing ( reducing) fuel prices reduces ( increases) the purchasing power of consumers' income: higher incomes caused by lower prices will increase energy consumption; the consumers' allocation of the increased income to energy purchases may reduce as income rises. Thus income may be heading in a different direction from fuel prices that the effect of fuel price changes when incomes are rising means simply that rising incomes have increased demand. Reducing the cost of using energy through win-win efficiency measures causes a similar problem . On the consequence, in future new economic development environment, it may influence in both cases demand will be less than if the future oil price or efficiency has not changed. The other effect is that an efficiency or substitution effect. An increase in fuel prices may cause consumers to spend more on new equipment, building materials and management operations, which will reduce the amount of fuel required to give the same energy result to the user. The extent of the efficiency effect depends on what happens to the price of the new equipment or building: if those price s rise in line with the fuel price, changes in the balances between fuel and capital or management will not occur. A new user technology, such as the development of the combined cycle gas turbine generator may increase efficiency and thus greatly reduce the quantity of primary fuel needed to produce the required output in this case electricity. If electricity prices had remained sticky, and the electricity and gas markets were not competitive, some of this advantages could have accrued to the gas suppliers in the form of an increase in price, because th4 unit of gas produces more output of electricity, it would have a higher value. In reality, the development of new economic competitive environment in both gas and electricity has tended to ensure that the benefits of such technical advanced accrue to the consumer through lower final prices. The same many apply in the case of improved efficiency in future non-manual driving auto vehicle development: the consumer's cost of motoring is reduced in new economic non-manual driven auto vehicle (Artificial intelligent vehicle) can replace manual driven vehicle, even electricity battery can replace oil energy to be used in vehicles. So, oil price may be influenced to reduce in future new economic development environment.
How New Economic Change Influences Energy and Tourism Industries Development