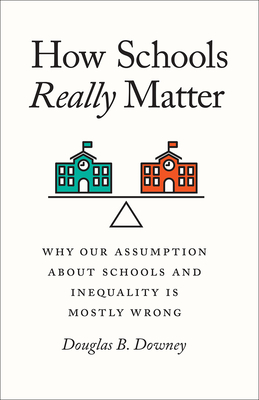 How Schools Really Matter: Why Our Assumption about Schools and Inequality Is Mostly Wrong

Most of us assume that public schools in America are unequal--that the quality of the education varies with the location of the school and that as a result, children learn more in the schools that serve mostly rich, white kids than in the schools serving mostly poor, black kids. But it turns out that this common assumption is misplaced. As Douglas B. Downey shows in How Schools Really Matter, achievement gaps have very little to do with what goes on in our schools. Not only do schools not exacerbate inequality in skills, they actually help to level the playing field. The real sources of achievement gaps are elsewhere.

A close look at the testing data in seasonal patterns bears this out. It turns out that achievement gaps in reading skills between high- and low-income children are nearly entirely formed prior to kindergarten, and schools do more to reduce them than increase them. And when gaps do increase, they tend to do so during summers, not during school periods. So why do both liberal and conservative politicians strongly advocate for school reform, arguing that the poor quality of schools serving disadvantaged children is an important contributor to inequality? It's because discussing the broader social and economic reforms necessary for really reducing inequality has become too challenging and polarizing--it's just easier to talk about fixing schools. Of course, there are differences that schools can make, and Downey outlines the kinds of reforms that make sense given what we know about inequality outside of schools, including more school exposure, increased standardization, and better and fairer school and teacher measurements.
​
How Schools Really Matter offers a firm rebuke to those who find nothing but fault in our schools, which are doing a much better than job than we give them credit for. It should also be a call to arms for educators and policymakers: the bottom line is that if we are serious about reducing inequality, we are going to have to fight some battles that are bigger than school reform--battles against the social inequality that is reflected within, rather than generated by--our public school system.

How Schools Really Matter: Why Our Assumption about Schools and Inequality Is Mostly Wrong

I’m primarily motivated by questions about inequality—who gets what and why?  Inequality in the U.S. is historically high and threatens the legitimacy of our social system. If inequality continues to increase at the rate we’ve observed during the last half century, it is likely to produce considerable political strain on our democratic system.

One branch of my research considers schools’ role in all of this. I’ve just published a book, How Schools Really Matter, that posits that schools play a more positive role than typically thought and that the core sources of inequality are in our broader policy decisions.  I’m also increasingly interested in how technological change is influencing inequality and our social lives more broadly. In what ways do new technologies facilitate greater inequality?

How does technology influence our social relationships and our sense of mattering? How does it shape our way of understanding how the world works, our thinking about what constitutes persuasive evidence, and the kinds of authorities we trust?

In a project motivated by this interest in technology, Ben Gibbs (Brigham Young University) and I consider whether children’s face-to-face social skills are declining. Anecdotal evidence claims that kids these days are great at texting but have no clue how to manage a real social interaction. You might think that there would be lots of good social science evidence supporting this claim, but it is remarkably fuzzy. We find no evidence that face-to-face social skills among nationally representative samples of American children have declined over time.

A current project explores the connection between internet expansion and “deaths of despair.” 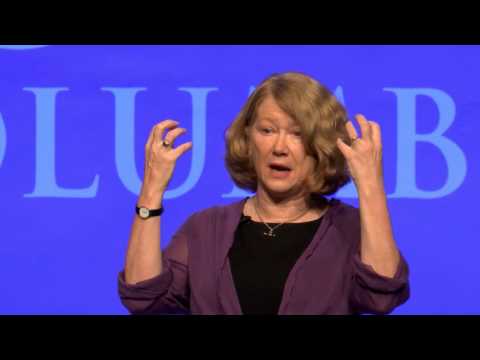