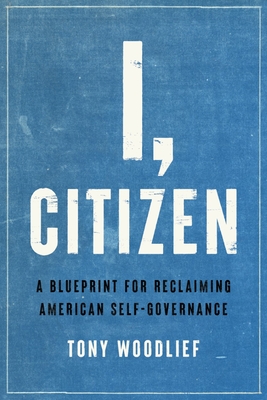 I, Citizen: A Blueprint for Reclaiming American Self-Governance

We, the People of the United States, have been conned. We've been conscripted into a proxy war ignited by partisan elites who, from their commanding heights in media, academia, and government, denounce and dehumanize not just one another, but all we who fail to support their points of view. Unfortunately--to our great misfortune and peril--everyday Americans are following suit. As a consequence, distrust and hatred between Americans of opposing political parties has reached a level not seen since the Civil War. Businesses, neighborhoods, even families are being divided along a partisan line that none of us drew.

Yet even as ideologues sow rancor and discord, they have quietly colluded to steal from under our noses the most essential and American of freedoms: the right to govern ourselves. They've done so by erecting a system under which everyday citizens don't have a voice in the vast majority of decisions that affect our lives. From foreign wars to how local libraries are run, authority no longer resides in We the People, but amongst unaccountable elites.

This is the story of how that happened and, more importantly, what we citizens can do about it. The great secret and hope of America is that, though our elites have irreconcilable differences, everyday Americans are not nearly so far apart in our policy preferences as the people who claim to speak for us. There's still time for We the People to reclaim the right to govern our own lives--but time is running out.

I, Citizen: A Blueprint for Reclaiming American Self-Governance