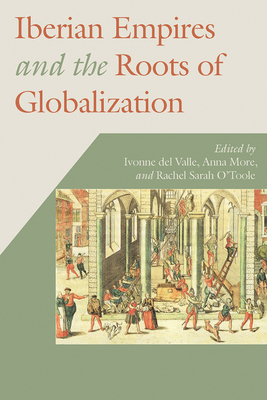 Iberian Empires and the Roots of Globalization

Through interdisciplinary essays covering the wide geography of the Spanish and Portuguese empires, Iberian Empires and the Roots of Globalization investigates the diverse networks and multiple centers of early modern globalization that emerged in conjunction with Iberian imperialism.

Iberian Empires and the Roots of Globalization argues that Iberian empires cannot be viewed apart from early modern globalization. From research sites throughout the early modern Spanish and Portuguese territories and from distinct disciplinary approaches, the essays collected in this volume investigate the economic mechanisms, administrative hierarchies, and art forms that linked the early modern Americas, Africa, Asia, and Europe. Iberian Empires and the Roots of Globalization demonstrates that early globalization was structured through diverse networks and their mutual and conflictive interactions within overarching imperial projects. To this end, the essays explore how specific products, texts, and people bridged ideas and institutions to produce multiple centers within Iberian imperial geographies. Taken as a whole, the authors also argue that despite attempts to reproduce European models, early Iberian globalization depended on indigenous agency and the agency of people of African descent, which often undermined or changed these models.

The volume thus relays a nuanced theory of early modern globalization: the essays outline the Iberian imperial models that provided templates for future global designs and simultaneously detail the negotiated and conflictive forms of local interactions that characterized that early globalization. The essays here offer essential insights into historical continuities in regions colonized by Spanish and Portuguese monarchies.

Iberian Empires and the Roots of Globalization

Associate Professor of Colonial Studies. She received her Ph.D. from U.C. Berkeley in 2004, and before returning to the Bay Area in 2009, she taught at the University of Michigan. Her research and teaching make connections between the past and the present which try to show the relevance of the colonial period for an understanding of contemporary times.

She was co-director of the Berkeley research group “Mexico and the Rule of Law.” She has written a book and a series of articles on the Jesuits (José de Acosta and Loyola, and Jesuits in the northern borderlands of New Spain) as a particularly influential politico-religious order that served modernization and the expansion of the Spanish empire.

She is currently working on the drainage of the lakes of Mexico City, and on the role of the colonization of Spanish America from the 15th century onward in the development of new epistemologies and political theories.

In the latter she is exploring the ways in which both the unprecedented violence of conquest and colonization, and the need for effective administration of the colonies, brought about important theoretical, technological, and epistemological changes which may have been conceived to be put in place in the colonies, but which in the long run transformed the way Europe understood and fashioned itself.