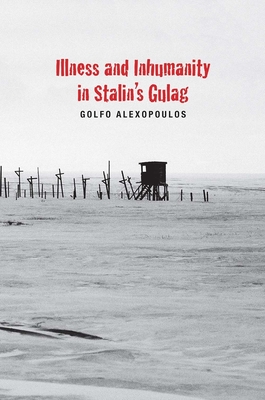 Illness and Inhumanity in Stalin's Gulag

A new and chilling study of lethal human exploitation in the Soviet forced labor camps, one of the pillars of Stalinist terror

In a shocking new study of life and death in Stalin's Gulag, historian Golfo Alexopoulos suggests that Soviet forced labor camps were driven by brutal exploitation and often administered as death camps. The first study to examine the Gulag penal system through the lens of health, medicine, and human exploitation, this extraordinary work draws from previously inaccessible archives to offer a chilling new view of one of the pillars of Stalinist terror.

Illness and Inhumanity in Stalin's Gulag

My current work examines the threads that connect twentieth-century Soviet and twenty-first-century Russian authoritarianism, especially in the dis/information space.

My most recent book, Illness and Inhumanity in Stalin’s Gulag, was published by Yale University Press in 2017. The work examines the system of violent human exploitation in the Stalinist forced labor camps, 1929-1953. It draws upon recently declassified archival materials from the Gulag health department to reveal how prisoners were fundamentally dehumanized and managed as commodities. Mortality was much greater than the official Soviet records indicate, as prisoners were routinely released on the verge of death. The book argues that human exploitation in the Stalinist camps was deliberately destructive and that the regime concealed the Gulag’s destructive capacity.

My first book, Stalin’s Outcasts: Aliens, Citizens, and the Soviet State, 1926-1936 (Cornell, 2003), examines Stalin’s disenfranchisement policy, and the lives and voices of those deprived of rights (lishentsy). At the center of the work is an analysis of over five hundred petitions to Soviet officials for the reinstatement of rights. I discovered these handwritten letters from social outcasts in a closed archive in western Siberia just months after the collapse of the Soviet Union. The book demonstrates how, from Kremlin leaders to marked aliens, many engaged in identifying citizens and non-citizens and challenging the terms of social membership in the Stalinist state.