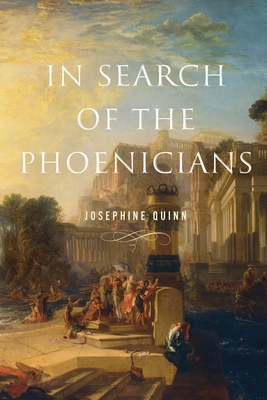 In Search of the Phoenicians

Who were the ancient Phoenicians--and did they actually exist?

The Phoenicians traveled the Mediterranean long before the Greeks and Romans, trading, establishing settlements, and refining the art of navigation. But who these legendary sailors really were has long remained a mystery. In Search of the Phoenicians makes the startling claim that the Phoenicians never actually existed as such. Taking readers from the ancient world to today, this book argues that the notion of these sailors as a coherent people with a shared identity, history, and culture is a product of modern nationalist ideologies--and a notion very much at odds with the ancient sources.

In Search of the Phoenicians

Josephine Quinn is associate professor of ancient history at the University of Oxford and a fellow of Worcester College. She is the coeditor of The Hellenistic West and The Punic Mediterranean.

Josephine Crawley Quinn works on Mediterranean history and archaeology. She has published articles on topics from Roman imperialism to Athenian sculpture to Carthaginian child sacrifice to Edwardian education, and she  co-edited volumes of essays on ‘The Hellenistic West’ (with Jonathan Prag) and 'The Punic Mediterranean' (with Nicholas Vella), as well as the collected papers of Peter Derow (with Andrew Erskine).

She has a BA in Classics from Oxford, and an MA and PhD in Ancient History and Mediterranean Archaeology from the University of California, Berkeley, where she also taught at San Quentin prison. She was a Rome Scholar at the British School at Rome 2001-2, a Getty Scholar in 2008, and in 2009 she won the Zvi Meitar/Vice-Chancellor Oxford University Research Prize in the Humanities. She served as Editor of the Papers of the British School at Rome 2008-2011 and co-directs the excavations at Utica (Tunisia), with Andrew Wilson and Elizabeth Fentress, as well as the Oxford Centre for Phoenician and Punic Studies, with Jonathan Prag.

Her latest book, In Search of the Phoenicians, was published by Princeton University Press in 2018, and she is currently working on the true story of the origins of the Western Civilization: How the World Made the West.