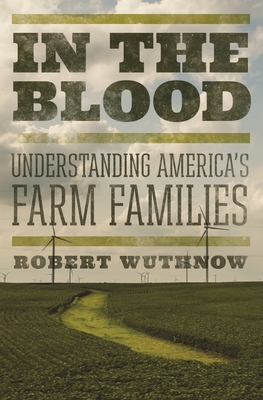 A vivid and moving portrait of America's farm families

Farming is essential to the American economy and our daily lives, yet few of us have much contact with farmers except through the food we eat. Who are America's farmers? Why is farming important to them? How are they coping with dramatic changes to their way of life? In the Blood paints a vivid and moving portrait of America's farm families, shedding new light on their beliefs, values, and complicated relationship with the land. Drawing on more than two hundred in-depth interviews, Robert Wuthnow presents farmers in their own voices as they speak candidly about their family traditions, aspirations for their children, business arrangements, and conflicts with family members. They describe their changing relationships with neighbors, their shifting views about religion, and the subtle ways they defend their personal independence. Wuthnow shares the stories of farmers who operate dairies, raise livestock, and grow our fruit and vegetables. We hear from corn and soybean farmers, wheat-belt farmers, and cotton growers. We gain new insights into how farmers assign meaning to the land, and how they grapple with the increasingly difficult challenges of biotechnology and global markets. In the Blood reveals how, despite profound changes in modern agriculture, farming remains an enduring commitment that runs deeply in the veins of today's farm families.
In the Blood: Understanding America's Farm Families