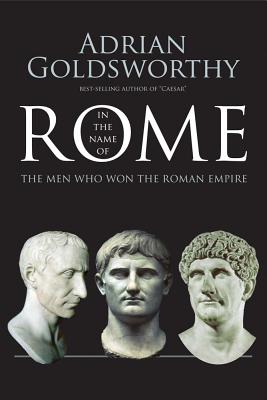 A definitive history of the great commanders of ancient Rome, from bestselling author Adrian Goldsworthy.

In his elegantly accessible style, Goldsworthy offers gripping and swiftly erudite accounts of Roman wars and the great captains who fought them. His heroes are never flavorless and generic, but magnificently Roman. And it is especially Goldsworthy's vision of commanders deftly surfing the giant, irresistible waves of Roman military tradition, while navigating the floating logs, reefs, and treacherous sandbanks of Roman civilian politics, that makes the book indispensable not only to those interested in Rome and her battles, but to anyone who finds it astounding that military men, at once driven and imperiled by the odd and idiosyncratic ways of their societies, can accomplish great deeds. --J. E. Lendon, author of Soldiers and Ghosts: A History of Battle in Classical Antiquity