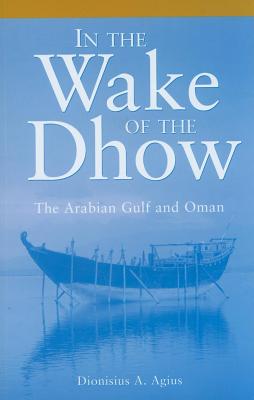 In the Wake of the Dhow: The Arabian Gulf and Oman

The Arabian dhow, with its characteristic features, is one of the most evocative images of the Arabian Gulf, the Red Sea, and the Indian Ocean. The great cargo dhows represented a flourishing trade which stretched from the Mediterranean to China, in the time of the Portuguese and the Dutch from the 16th to the 18th centuries. When the pearling industry was at its height in the 19th and early 20th centuries, hundreds of pearling dhows were actively employed, carrying thousands of seamen diving for the finest pearls - a commodity much sought by the Western powers. In times of war, the dhows were magnificent fighting vessels and were associated with piracy that was so prevalent in these waters. Now in paperback, this book documents the dhow as an important element in the prosperity of the area before the discovery of oil. The book gives the geographical conditions and the historical/linguistical background of each dhow-type, the life-pattern in its role as cargo, pearl-diving, pirate and slaving vessels, and how the seafaring communities interacted with the dhow world.
In the Wake of the Dhow: The Arabian Gulf and Oman