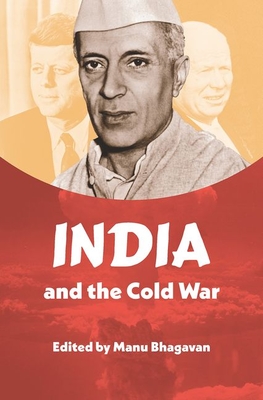 India and the Cold War

This collection of essays inverts the way we see the Cold War by looking at the conflict from the perspective of the so-called developing world, rather than of the superpowers, through the birth and first decades of India's life as a postcolonial nation. Contributors draw on a wide array of new material, from recently opened archival sources to literature and film, and meld approaches from diplomatic history to development studies to explain the choices India made and to frame decisions by its policy makers. Together, the essays demonstrate how India became a powerful symbol of decolonization and an advocate of non-alignment, disarmament, and global governance as it stood between the United States and the Soviet Union, actively fostering dialogue and attempting to forge friendships without entering into formal alliances. Sweeping in its scope yet nuanced in its analysis, this is the authoritative account of India and the Cold War.

Manu Bhagavan is a specialist on modern India, focusing on the twentieth-century late-colonial and post-colonial periods, with particular interests in human rights, (inter)nationalism, and questions of sovereignty.  At Hunter, where he is Professor of History, at the undergraduate level he lectures on modern world history and on modern South Asian history, and offers seminars on Gandhi, modern India, and violence and ethnic conflict.  His graduate classes focus on human rights and internationalism.

Manu’s most recent book is the critically acclaimed The Peacemakers / India and the Quest for One World, published by HarperCollins India in 2012 and updated and expanded by Palgrave Macmillan in 2013. Set against the backdrop of World War II, Indian independence and decolonization, and the Cold War, this first-of-its-kind international history, based on seven years of research in twenty archives on three continents, tells the story of India’s quest to build consensus around the framework of “human rights,” to bridge the divisions between East and West, between capitalist and communist, and to create “one world” free of empire, poverty, exploitation, and war.

Manu explores ideas raised in The Peacemakers further in several recent articles, including: “Towards a World Community: India and the Idea of United Nations Reform,” Strategic Analysis (2011); co-authored with Alexander Bacha, “The Commodification of Love: Gandhi, King and 1960’s Counterculture,” in Bryan S. Turner, ed., War and Peace (2013);  “India and the United Nations Or Things Fall Apart,” in David Malone, C. Raja Mohan, and Srinath Raghavan, eds., The OUP Handbook on Indian Foreign Policy (2015); and “Towards Universal Relief and Rehabilitation: India, UNRRA, and the New Internationalism.” in Thomas Weiss and Dan Plesch, eds., Wartime History and the Future United Nations (2015).

Manu’s other major publications, all with Oxford University Press, include Sovereign Spheres (2003), Heterotopias (editor, 2010), and Speaking Truth to Power and Claiming Power from Below (co-edited with Anne Feldhaus, 2009, with multiple reprints).  Manu has also published articles in The Journal of Asian Studies, Modern Asian Studies, The Indian Economic and Social History Review, and the Economic and Political Weekly, among other places.  He reviews books for numerous publications and has maintained a blog on CNN-IBN.    Manu has served as the President of the Society for Advancing the History of South Asia and is also the recipient of a 2006 fellowship from the American Council of Learned Societies.

At Hunter, Manu serves as an undergraduate advisor in the History Department, He has previously served as Chair of the interdisciplinary Human Rights Program based at the Roosevelt House Public Policy Institute.  Manu regularly comments in the media.  He has written for or been quoted in The New York Times, the Washington Post,  Fusion, and Media Diversified, with stories picked up in the Indian press including India Abroad, The Hindu, and the Deccan Herald.  Manu has also been interviewed by or appeared on Sirius XM radio (The Matt Townsend Show), Zee English/WION TV, WNYC radio (The Brian Lehrer Show), CNBC, NPR (All Things Considered), Rajya Sabha Television (The Big Picture), Al Jazeera International (The Stream), HuffPost Live, CNN-IBN, Press TV, and BBC World Radio (The World Today).  His essay for Quartz on the rise of global authortarianism went viral internationally and was translated into German as the lead, cover article for the May 2016 issue of the Berliner Republik magazine.