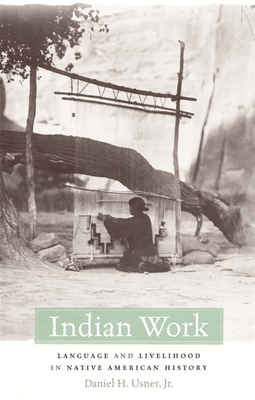 Officials, reformers, anthropologists, and artists produced images that exacerbated Indians' economic uncertainty and vulnerability. From Jeffersonian agrarianism to Jazz Age primitivism, European American ideologies not only obscured Indian struggles for survival but also operated as obstacles to their success. Diversification and itinerancy became economic strategies for many Indians, but were generally maligned in the early United States. Indians repeatedly found themselves working in spaces that reinforced misrepresentation and exploitation. Taking advantage of narrow economic opportunities often meant risking cultural integrity and personal dignity: while sales of baskets made by Louisiana Indian women contributed to their identity and community, it encouraged white perceptions of passivity and dependence. When non-Indian consumption of Indian culture emerged in the early twentieth century, even this friendlier market posed challenges to Indian labor and enterprise. The consequences of this dilemma persist today. Usner reveals that Indian engagement with commerce has consistently defied the narrow choices that observers insisted upon seeing.
Indian Work: Language and Livelihood in Native American History

Daniel Usner is the author of Indians, Settlers, and Slaves in a Frontier Exchange Economy: The Lower Mississippi Valley before 1783 (University of North Carolina Press, 1992), which won the Jamestown Prize from the Omohundro Institute of Early American History and Culture and the John H. Dunning Prize from the American Historical Association. His other books are American Indians in the Lower Mississippi Valley: Social and Economic Histories (University of Nebraska Press, 1998), Indian Work: Language and Livelihood in American History (Harvard University Press, 2009), and Weaving Alliances with Other Women: Chitimacha Indian Work in the New South (University of Georgia Press, 2015), and American Indians in Early New Orleans: From Calumet to Raquette (Louisiana State University Press, 2018).

Usner has devoted much of his scholarship to imperial borderlands and Native homelands in early American history, focusing on intercultural exchange in colonial Louisiana and the Lower Mississippi Valley. His most recent work attends to the complicated relationship between the consumption of Indigenous culture and the production of Indigenous identity, attempting to rescue the intricacy of economic adaptations from ideological mis-representations of Native American livelihood.

Usner’s current book-length project explores how Native American women mobilized arts and crafts on behalf of their people’s sovereignty and territory, studying up-close the Chitimacha Indians of south Louisiana from the Civil War to the New Deal. This work spans a wide range of fields—particularly Native American history, women’s history, art history, material culture, and history of social science. Recent articles derived from this research are “From Bayou Teche to Fifth Avenue: Crafting a New Market for Chitimacha Indian Baskets,” Journal of Southern History 79 (May 2013), 339-74; "Weaving Material Objects and Political Alliances: The Chitimacha Indian Pursuit of Federal Recognition," Native American and Indigenous Studies 1 (Spring 2014), 25-48; and “’They Don’t Like Indian Around Here’: Chitimacha Struggles and Strategies for Survival in the Jim Crow South,” Native South 9(2016), 89-124.

Daniel Usner has received fellowships from the American Council of Learned Societies, the Cornell University Society for the Humanities, the Bard Graduate Center for Decorative Arts, Design History, and Material Culture, the Council for International Exchange of Scholars, the Huntington Library, the Newberry Library, the School for Advanced Research in Santa Fe, Vanderbilt University's Robert Penn Warren Center, and Vanderbilt University's Office of the Vice Provost for Research. Before joining the Vanderbilt faculty in 2002, Usner taught for two decades at Cornell University, where he received a Russell Distinguished Teaching Award and also served as Director of its American Indian Program in 1999-2002. He chaired Vanderbilt's history department from 2004 to 2007.

Usner has served on the councils of the American Society for Ethnohistory and the Omohundro Institute of Early American History and Culture. He was president of the American Society for Ethnohistory in 2010-11 and presently sits on the Southern Historical Association’s Executive Council and the Louisiana Historical Association’s Board of Directors. He has been selected to present the Walter Lynwood Fleming Lectures in Southern History at Louisiana State University in 2022.