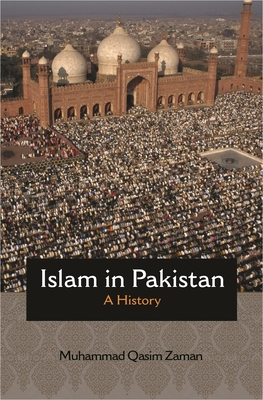 The first modern state to be founded in the name of Islam, Pakistan was the largest Muslim country in the world at the time of its establishment in 1947. Today it is the second-most populous, after Indonesia. Islam in Pakistan is the first comprehensive book to explore Islam's evolution in this region over the past century and a half, from the British colonial era to the present day. Muhammad Qasim Zaman presents a rich historical account of this major Muslim nation, insights into the rise and gradual decline of Islamic modernist thought in the South Asian region, and an understanding of how Islam has fared in the contemporary world. Much attention has been given to Pakistan's role in sustaining the Afghan struggle against the Soviet occupation in the 1980s, in the growth of the Taliban in the 1990s, and in the War on Terror after 9/11. But as Zaman shows, the nation's significance in matters relating to Islam has much deeper roots. Since the late nineteenth century, South Asia has witnessed important initiatives toward rethinking core Islamic texts and traditions in the interest of their compatibility with the imperatives of modern life. Traditionalist scholars and their institutions, too, have had a prominent presence in the region, as have Islamism and Sufism. Pakistan did not merely inherit these and other aspects of Islam. Rather, it has been and remains a site of intense contestation over Islam's public place, meaning, and interpretation. Examining how facets of Islam have been pivotal in Pakistani history, Islam in Pakistan offers sweeping perspectives on what constitutes an Islamic state.
Islam in Pakistan: A History

Muhammad Qasim Zaman joined the Department in 2006. He has written on the relation­ship between religious and political institutions in medieval and modern Islam, on social and legal thought in the modern Muslim world, on institutions and traditions of learning in Islam, and on the flow of ideas between South Asia and the Arab Middle East.

He is the author of Religion and Politics under the Early Abbasids (1997), The Ulama in Contemporary Islam: Custodians of Change (2002), Ashraf Ali Thanawi: Islam in Modern South Asia (2008), Modern Islamic Thought in a Radical Age: Religious Authority and Internal Criticism (2012), and Islam in Pakistan: A History (2018). With Robert W. Hefner, he is also the co-editor of Schooling Islam: The Culture and Politics of Modern Muslim Education (2007); with Roxanne L. Euben, of Princeton Readings in Islamist Thought (2009); and, as associate editor, with Gerhard Bowering et al., of the Princeton Encyclopedia of Islamic Political Thought (2013).

Among his current projects is a book on South Asia and the wider Muslim world in the eighteenth and the nineteenth centuries.