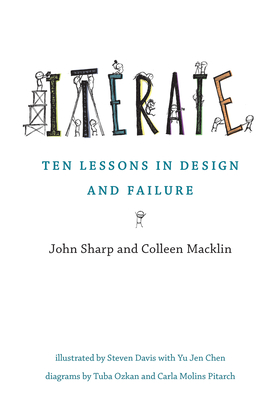 How to confront, embrace, and learn from the unavoidable failures of creative practice; with case studies that range from winemaking to animation.

Failure is an inevitable part of any creative practice. As game designers, John Sharp and Colleen Macklin have grappled with crises of creativity, false starts, and bad outcomes. Their tool for coping with the many varieties of failure: iteration, the cyclical process of conceptualizing, prototyping, testing, and evaluating. Sharp and Macklin have found that failure--often hidden, covered up, a source of embarrassment--is the secret ingredient of iterative creative process. In Iterate, they explain how to fail better.

After laying out the four components of creative practice--intention, outcome, process, and evaluation--Sharp and Macklin describe iterative methods from a wide variety of fields. They show, for example, how Radiolab cohosts Jad Abumrad and Robert Krulwich experiment with radio as a storytelling medium; how professional skateboarder Amelia Br�dka develops skateboarding tricks through trial and error; and how artistic polymath Miranda July explores human frailty through a variety of media and techniques. Whimsical illustrations tell parallel stories of iteration, as hard-working cartoon figures bake cupcakes, experiment with levitating office chairs, and think outside the box in toothbrush design (let's add propellers!). All, in their various ways, use iteration to transform failure into creative outcomes. With Iterate, Sharp and Macklin offer useful lessons for anyone interested in the creative process.

John Sharp was appointed Chancellor of The Texas A&M University System by the Board of Regents on Sept. 6, 2011.

Chancellor Sharp leads one of the largest systems in the country with an annual budget of $9.6 billion and an enrollment of more than 153,000 at the A&M System’s 11 universities. Additionally, under the System umbrella, there are eight state agencies.

Chancellor Sharp brings with him more than three decades of public service. He earned a bachelor’s degree in political science from Texas A&M University in 1972, where he was a member of the Corps staff of the Corps of Cadets, a member of the 1972 rugby team and was elected student body president. Upon graduation, Sharp was commissioned as a second lieutenant in the United States Army Reserve.

In 1976, Sharp received a master’s degree in public administration from Southwest Texas State University while working full-time with the Legislative Budget Board in Austin. In 1978, he opened a one-man real estate firm in Victoria and became a successful small business owner. That same year he was elected to the Texas House of Representatives.

In 1982, he won a seat in the Texas Senate, and four years later, he was elected to the Texas Railroad Commission. He also was elected state comptroller in 1990 and re-elected in 1994. 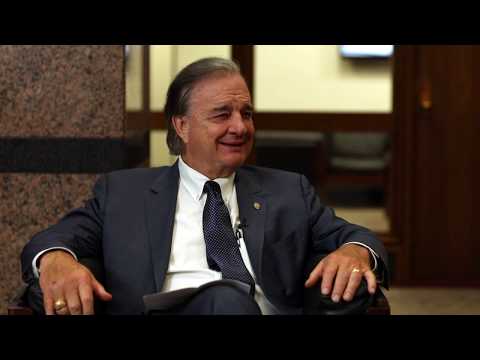