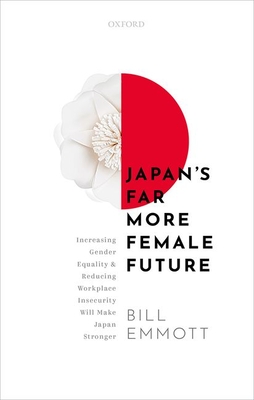 The Japan on show in the 2019 Rugby World Cup was an admirably safe, stable, resilient, and efficient society. However, that appearance disguises crucial vulnerabilities and social ailments, including an ageing and shrinking population, slow productivity growth, a new low-wage, insecure workforce, declining marriage and fertility rates, and an extreme level of gender inequality. Within this gender gap lies the key both to the ailments and the cure. A deterioration in the use of human capital and a decline in family formation have become entrenched thanks to discrimination against the female half of the population. Yet gradual change is occurring, thanks not only to demographic necessity but also to a significant rise in female access to university education since the 1990s and the emergence of a wide range of role models to inspire and empower the next generation. Analysis of trends and policy options, combined with interviews with 21 role models spanning fields from business to the arts, diplomacy to politics, music to e-commerce, provides ample grounds for optimism. Japan is becoming a nation with an increasing number of potential female leaders. If this rise can be accelerated by both public policy and private action, Japan could achieve much greater social justice and sustainable prosperity in the decades to come.
Japan's Far More Female Future: Increasing Gender Equality and Reducing Workplace Insecurity Will Make Japan Stronger