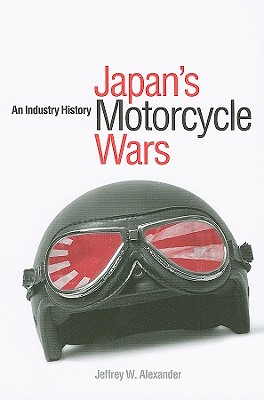 Reading this book is a revelation and a thrill. It is an excellent example of business history done right. Alexander's contribution here is thoroughly original; he gives us a rare look into the experiences of the losers as well as the winners in Japanese business. He will open the eyes of everyone in the field to the significance of the motorcycle industry on Japan's economic and technological development. --William Tsutsui, author of Manufacturing Ideology: Scientific Management in Twentieth-Century Japan

This book is very much at the cutting edge of current scholarship. Besides demonstrating the role of the Japanese military and empire in the early development of the industry, it illuminates the intense competition among motorbike makers in the first decade and a half after the Second World War. --Steven Ericson, author of The Sound of the Whistle: Railroads and the State in Meiji Japan For decades a crown jewel of Japan's postwar manufacturing industry, motorcycles remain one of Japan's top exports. Japan's Motorcycle Wars assesses the historical development and societal impact of the motorcycle industry, from the influence of motor sports on vehicle sales in the early 1900s to the postwar developments that led to the massive wave of motorization sweeping the Asia-Pacific region today. Jeffrey Alexander brings a wealth of information to light, providing English translations of transcripts, industry publications, and company histories that have until now been available only in Japanese. By exploring the industry as a whole, he reveals that Japan's motorcycle industry was characterized not by communitarian success but by misplaced loyalties, technical disasters, and brutal competition.
Japan's Motorcycle Wars: An Industry History