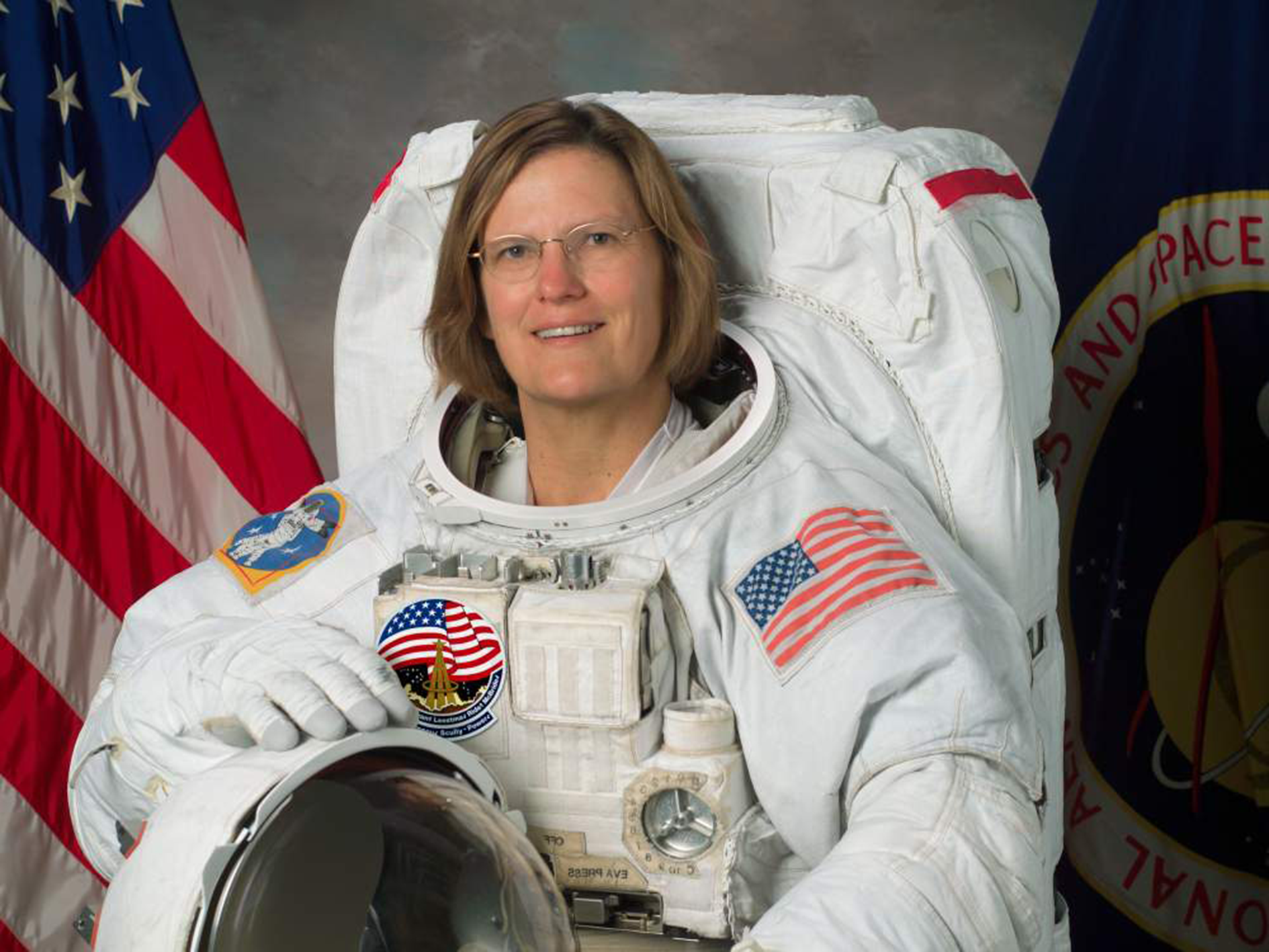 On October 11, 1984, a female American astronaut stepped outside her spacecraft for the first time. Kathryn D. “Kathy” Sullivan had work to do in the payload bay of the Space Shuttle Challenger, a mobile workplace traveling 17,500 miles per hour about 140 miles above the Earth. Sullivan was one of the six women (in a class of 35) selected in 1978 to be Space Shuttle astronauts, and she was the third woman tapped to fly.

Kathy Sullivan, the first U.S. woman to do an EVA, and Dave Leestma work on the orbital refueling experiment at the far end of the payload bay.

An Earth scientist and PhD geologist/oceanographer, mission specialist Sullivan was a good match for the STS-41G mission, which carried an Earth-observation payload and deployed the Earth Radiation Budget Satellite. She was co-investigator for the Shuttle Imaging Radar (SIR-B) remote sensing experiment and actively involved in research use of the Large Format Camera and other instruments mounted in the payload bay. However, it was not these experiments that drew her outside for 3 ½ hours. She and crewmate David Leestma did a trial fluid transfer to demonstrate that it was feasible to refuel satellites in orbit, a key task for satellite servicing.

They had trained for this task in the underwater neutral buoyancy simulators at NASA’s Marshall and Johnson Centers and also in engineering labs. In orbit, they used a mockup of the Landsat’s cluster of fuel valves and some custom-built tools to modify them for a refueling operation in space. The chosen fluid — hydrazine — is toxic, so it was essential to make proper refueling valve connections without leaks or spills. Although the two astronauts were protected by their pressurized extravehicular activity (EVA) spacesuits, no one wanted stray hydrazine in the vicinity to contaminate scientific instruments or to migrate back into the cabin with the EVA crews. The two also positioned a communication antenna for proper stowage and verified that the large SIR-B antenna was properly stowed for return.

Sullivan wore the Shuttle-era spacesuit Extravehicular Mobility Unit (EMU) to work in space. It was a ready-to-wear suit, not custom-made, with interchangeable arms, legs, and torso units in different sizes. These parts could be combined to fit anybody in the range from the 5th percentile female to 95th percentile male. She said she found it pretty comfortable to wear and work in while in zero gravity, although the fit did not quite match where her knees and elbows actually were, making it somewhat harder to move her limbs. The EVA gloves worn by Sullivan are in the Smithsonian National Air and Space Museum’s collection. Also in the collection is the Society of Women Geographers pennant that Sullivan took on this mission to honor her profession, as well as one of her flight suit name tags.

She flew twice more on the shuttle but did not go on other spacewalks. She was prepared for one on STS-31 in 1990, the Hubble Space Telescope deployment mission flown on Discovery, in case anything went amiss with the release of the telescope. When one of the solar arrays jammed, she and Bruce McCandless suited up and prepared the airlock to go outside and deploy the array manually. However, Mission Control resolved the problem via software, a good but probably disappointing solution for the two would-be rescuers who had trained for every foreseeable contingency. In 1992 on Atlantis, Sullivan was payload commander on STS-45, a nine-day “Mission to Planet Earth” called ATLAS-1 that focused on measuring atmospheric chemistry and dynamics.

After spending a total of 532 hours in space, Sullivan left NASA in 1993 to take a series of distinguished positions, including the chief scientist at the National Oceanic and Atmospheric Administration (NOAA) and as the administrator of NOAA. In between NOAA stints, she spent ten years as president and CEO of the Center of Science and Industry (COSI) in Columbus, Ohio, and five years as the first director of the Battelle Center for Mathematics and Science Education Policy at The Ohio State University.

In 2020, Sullivan made history again by becoming the first woman to visit the deepest spot in the oceans, the Challenger Deep in the Mariana Trench, seven miles below the surface of the Pacific Ocean.

Sullivan made her descent in the Limiting Factor, a two-person submersible designed and built by Triton Submarines, as part of Caladan Oceanic’s Ring of Fire Expedition led by investor and explorer Victor Vescovo, who piloted the submersible.

About 4,000 people have trekked to the top of Everest and 562 have been to outer space, but, until now, only seven people have traveled to the lowest point in the Mariana Trench. Sullivan makes the eighth person and the first woman to reach the bottom, which is 35,853 feet below sea level.

Sullivan marked the occasion by making a phone call from the submersible’s mothership, DSSV Pressure Drop, to speak with the NASA astronauts on the International Space Station (ISS).

“As a hybrid oceanographer and astronaut, this was an extraordinary day–a once-in-a-lifetime day–seeing the moonscape of the Challenger Deep and then making the call between the ISS and DSSV Pressure Drop,” said Sullivan. 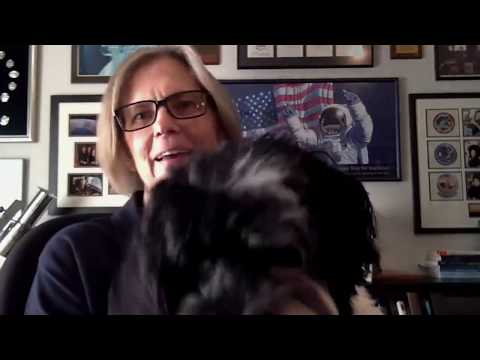