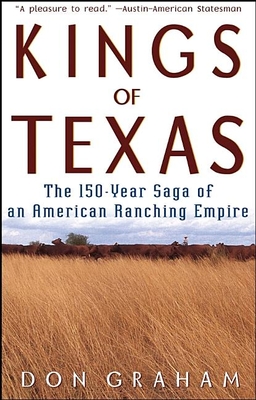 Praise for KINGS OF TEXAS

Kings of Texas is a fresh and very welcome history of the great King Ranch. It's concise but thorough, crisply written, meticulous, and very readable. It should find a wide audience.
-Larry McMurtry, author of Sin Killer and the Pulitzer Prize--winning Lonesome Dove

This book is about the King Ranch, but it is about much more than that. A compelling chronicle of war, peace, love, betrayal, birth, and death in the region where the Texas-Mexico border blurs in the haze of the Wild Horse Desert, it is also an intriguing detective story with links to the present-and a first-rate read.
-H.W. Brands, author of The Age of Gold and the bestselling Pulitzer Prize finalist The First American