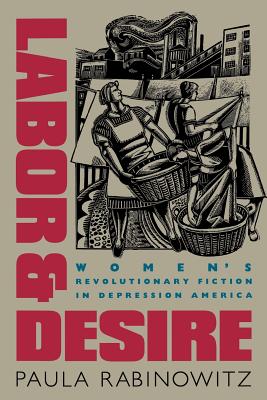 This critical, historical, and theoretical study looks at a little-known group of novels written during the 1930s by women who were literary radicals. Arguing that class consciousness was figured through metaphors of gender, Paula Rabinowitz challenges the conventional wisdom that feminism as a discourse disappeared during the decade. She focuses on the ways in which sexuality and maternity reconstruct the classic proletarian novel to speak about both the working-class woman and the radical female intellectual.

Two well-known novels bracket this study: Agnes Smedley's Daughters of Earth (1929) and Mary McCarthy's The Company She Keeps (1942). In all, Rabinowitz surveys more than forty novels of the period, many largely forgotten. Discussing these novels in the contexts of literary radicalism and of women's literary tradition, she reads them as both cultural history and cultural theory. Through a consideration of the novels as a genre, Rabinowitz is able to theorize about the interrelationship of class and gender in American culture.

Rabinowitz shows that these novels, generally dismissed as marginal by scholars of the literary and political cultures of the 1930s, are in fact integral to the study of American fiction produced during the decade. Relying on recent feminist scholarship, she reformulates the history of literary radicalism to demonstrate the significance of these women writers and to provide a deeper understanding of their work for twentieth-century American cultural studies in general.
Labor & Desire: Women's Revolutionary Fiction in Depression America