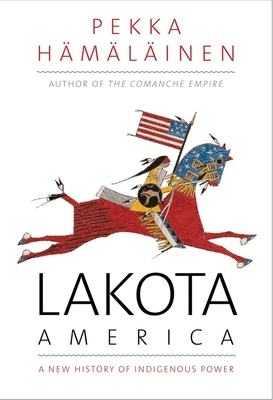 Red Cloud, Crazy Horse, and Sitting Bull are iconic figures in the American imagination, but in this groundbreaking book they emerge as something different: the architects of Lakota America, an expansive and enduring Indigenous regime that commanded human fates in the North American interior for generations. In this first complete account of the Lakota Indians Pekka H�m�l�inen traces their rich and often surprising history from the early sixteenth to the early twenty-first century. He explores the Lakotas' roots as marginal hunter-gatherers and reveals how they reinvented themselves twice: first as a river people who dominated the Missouri Valley, America's great commercial artery, and then--in what was America's first sweeping westward expansion--as a horse people who ruled supreme on the vast high plains.

Deeply researched and engagingly written, this history places the Lakotas at the center of American history, and the results are revelatory. Turned many of the stories I thought I knew about our nation inside out.--Cornelia Channing, Paris Review, Favorite Books of 2019 My favorite non-fiction book of this year.--Tyler Cowen, Bloomberg Opinion A briliant, bold, gripping history.--Simon Sebag Montefiore, London Evening Standard, Best Books of 2019
All nations deserve to have their stories told with this degree of attentiveness.--Parul Sehgal, New York Times

I am a historian of early and nineteenth-century North America, specializing in indigenous, colonial, imperial, environmental, and borderlands history. I am also interested in comparative and global histories of empires, indigenous and nomadic societies in world history, and the history of the Western Hemisphere in global context.

Before coming to Oxford, I taught at Texas A&M University and the University of California, Santa Barbara, and I have been a fellow at the William P. Clements Center in Southwest Studies at the Southern Methodist University, the Helsinki Collegium for Advanced Studies, the Center for Advanced Study in the Behavioral Sciences at Stanford University, and Institut d’Etudes Avancées in Nantes. My 2008 book, The Comanche Empire (Yale), received twelve books awards, including the Bancroft Prize, the Merle Curti Award, and the Caughey Prize and has been translated into Spanish and French.

I co-edited, with Benjamin H. Johnson, Major Problems in the History of North American Borderlands (Houghton Mifflin, 2011) and co-authored Liberty, Equality, Power: A History of the American People (Cengage, 2015). My writings have appeared in the American Historical Review, Journal of American History, History and Theory, William and Mary Quarterly, Western Historical Quarterly, and Journal of the Civil War Era. I am is currently the Principal Investigator of a five-year project on nomadic empires in world history, which is funded by the European Research Council.

I am currently working on a book on the Lakota Sioux, which traces their history from the seventeenth into early twentieth century. This book is part of my larger research project, which explores the role of expansionist equestrian regimes in world history. Funded by the European Research Council, the project includes five researchers and seeks to understand nomadic regimes on their own terms, to provide a broad comparative perspective into nomadic empires, and to rethink world history from supposedly peripheral vantage points, such as grasslands, steppe world, and deserts. 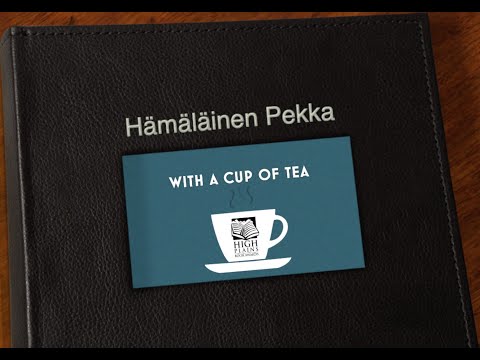