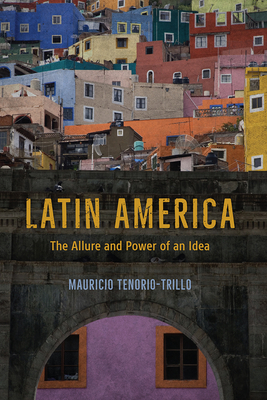 Latin America: The Allure and Power of an Idea

Latin America is a concept firmly entrenched in its philosophical, moral, and historical meanings. And yet, Mauricio Tenorio-Trillo argues in this landmark book, it is an obsolescent racial-cultural idea that ought to have vanished long ago with the banishment of racial theory. Latin America: The Allure and Power of an Idea makes this case persuasively.

Tenorio-Trillo builds the book on three interlocking steps: first, an intellectual history of the concept of Latin America in its natural historical habitat--mid-nineteenth-century redefinitions of empire and the cultural, political, and economic intellectualism; second, a serious and uncompromising critique of the current Latin Americanism--which circulates in United States-based humanities and social sciences; and, third, accepting that we might actually be stuck with Latin America, Tenorio-Trillo charts a path forward for the writing and teaching of Latin American history. Accessible and forceful, rich in historical research and specificity, the book offers a distinctive, conceptual history of Latin America and its many connections and intersections of political and intellectual significance. Tenorio-Trillo's book is a masterpiece of interdisciplinary scholarship.

Latin America: The Allure and Power of an Idea

Mauricio Tenorio-Trillo is Samuel N. Harper Professor of History, Romance Languages and Literatures, and the College at the Department of History, The University of Chicago.

The University of Chicago Press has awarded the 2015 Laing Prize to Mauricio Tenorio-Trillo for I Speak of the City: Mexico City at the Turn of the Twentieth Century.

Source: The University of Chicago