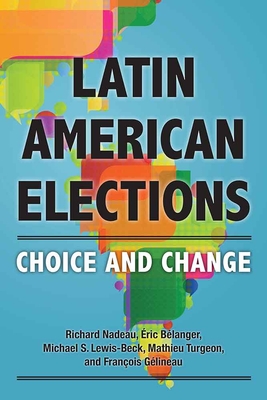 The Michigan model, named after the institution where it was first articulated, has been used to explain voting behavior in North American and Western European democracies. In Latin American Elections, experts on Latin America join with experts on electoral studies to evaluate the model's applicability in this region. Analyzing data from the AmericasBarometer, a scientific public opinion survey carried out in 18 Latin American nations from 2008 to 2012, the authors find that, like democratic voters elsewhere, Latin Americans respond to long-term forces, such as social class, political party ties, and political ideology while also paying attention to short-term issues, such as the economy, crime, corruption. Of course, Latin Americans differ from other Americans, and among themselves. Voters who have experienced left-wing populism may favor government curbs on freedom of expression, for example, while voters enduring high levels of economic deprivation or instability tend to vote against the party in power.The authors thus conclude that, to a surprising extent, the Michigan model offers a powerful explanatory model for voting behavior in Latin America.
Latin American Elections: Choice and Change