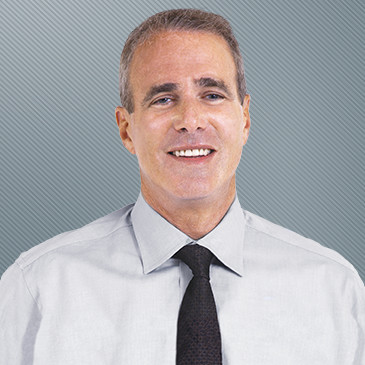 Like I See It: Obstacles and Opportunities Shaping the Future of Retail Automotive

Pollak serves as executive vice president for Cox Automotive, a position he’s held since the company he founded, vAuto, became part of the Cox family in 2010. Dale has written three books that detail the application of the Velocity method for dealers. The latest, “Like I See It,” was released in 2017.

Pollak holds a bachelor of science degree in business administration from Indiana University, a law degree from DePaul University's College of Law, and is a four-time winner of the American Jurisprudence Award. In addition, he received the 2010 Ernst and Young Entrepreneur of the Year Award, and in 2011, he was inducted into the Chicago Area Entrepreneurship Hall of Fame. In 2014, he was named as Poling Chair at Indiana University's Kelley School of Business.

Buying a car can be a gut-wrenching experience with so many models and options to choose from. And that is well before price negotiations have even started. For decades, dealers have been accustomed to setting the right price at the right time. However, dictating terms of negotiations is now under a full-blown attack in the new reality of consumers empowered by the Internet.

Dale Pollak lays out a straightforward and convincing overview of what dealers are facing now and how these newly empowered customers are ratcheting down margins. The authors provide a backdrop of how a decades-old symbiotic relationship between dealers and auto makers is coming under increasing strain as both parties are struggling to keep their business models intact.

Increasingly, consumers are shopping for cars online, stopping at the dealer only to collect cars – a process that is invetably forcing more and more dealers to operate on razor thin margins, mostly relying on servicing and repair revenues. Those who succeed actually do so through increased levels of efficiency rather than through selling more vehicles.