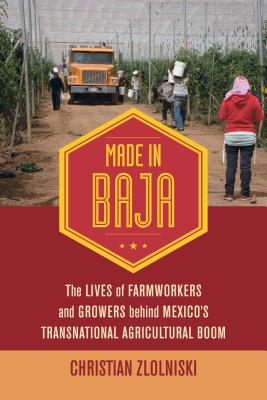 Made in Baja: The Lives of Farmworkers and Growers Behind Mexico's Transnational Agricultural Boom

Much of the produce that Americans eat is grown in the Mexican state of Baja California, the site of a multibillion-dollar export agricultural boom that has generated jobs and purportedly reduced poverty and labor migration to the United States. But how has this growth affected those living in Baja? Based on a decade of ethnographic fieldwork, Made in Baja examines the unforeseen consequences for residents in the region of San Quint�n. The ramifications include the tripling of the region's population, mushrooming precarious colonia communities lacking basic infrastructure and services, and turbulent struggles for labor, civic, and political rights. Anthropologist Christian Zlolniski reveals the outcomes of growers structuring the industry around an insatiable demand for fresh fruits and vegetables. He also investigates the ecological damage--watercide--and the social side effects of exploiting natural resources for agricultural production. Weaving together stories from both farmworkers and growers, Made in Baja provides an eye-opening look at the dynamic economy developing south of the border.
Made in Baja: The Lives of Farmworkers and Growers Behind Mexico's Transnational Agricultural Boom

Christian Zlolniski is a professor, sociology and anthropology at The University of Texas at Arlington. His research interests include labor market and the use of migrant workers in fresh produce industry and the implication of the use of natural gas on labor market and environment.

Source: The University of Texas at Arlington 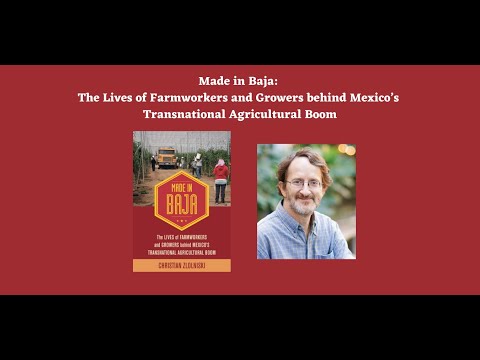 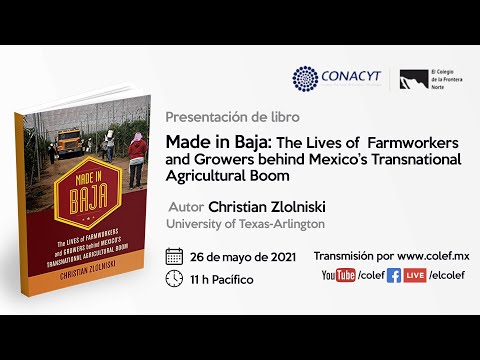