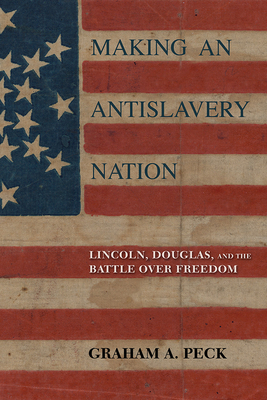 Making an Antislavery Nation: Lincoln, Douglas, and the Battle Over Freedom

This sweeping narrative presents an original and compelling explanation for the triumph of the antislavery movement in the United States prior to the Civil War. Abraham Lincoln's election as the first antislavery president was hardly preordained. From the country's inception, Americans had struggled to define slavery's relationship to freedom. Most Northerners supported abolition in the North but condoned slavery in the South, while most Southerners denounced abolition and asserted slavery's compatibility with whites' freedom. On this massive political fault line hinged the fate of the nation.

Graham A. Peck meticulously traces the conflict over slavery in Illinois from the Northwest Ordinance in 1787 to Lincoln's defeat of his archrival Stephen A. Douglas in the 1860 election. Douglas's attempt in 1854 to persuade Northerners that slavery and freedom had equal national standing stirred a political earthquake that brought Lincoln to the White House. Yet Lincoln's framing of the antislavery movement as a conservative return to the country's founding principles masked what was in fact a radical and unprecedented antislavery nationalism. It justified slavery's destruction but triggered the Civil War.

Presenting pathbreaking interpretations of Lincoln, Douglas, and the Civil War's origins, Making an Antislavery Nation shows how battles over slavery paved the way for freedom's triumph in America.

Making an Antislavery Nation: Lincoln, Douglas, and the Battle Over Freedom

I am the Wepner Distinguished Professor of Lincoln Studies at the University of Illinois at Springfield. My scholarship has focused on antebellum Illinois, and particularly on the careers of Abraham Lincoln and Stephen A. Douglas. I have published three articles on Lincoln and Douglas in the Journal of the Abraham Lincoln Association, an article on the early Illinois Republican Party in the Journal of Illinois History, and a chapter on the antebellum party system in Practicing Democracy (2015). My book, Making an Antislavery Nation:  Lincoln, Douglas, and the Battle over Freedom, published by the University of Illinois Press in the fall of 2017, received the 2018 Russell P. Strange Memorial Book of the Year Award from the Illinois State Historical Society and was a finalist for the 2018 Gilder Lehrman Lincoln Prize.

I have also written, directed, and produced Stephen A. Douglas and the Fate of American Democracy, a feature-length biographic film of Douglas that is installed as a permanent exhibit at the Douglas Tomb State Historic Site in Chicago, and in 2016 was broadcast by WTTW, Chicago's leading PBS station. The film features performances by nationally distinguished Douglas and Lincoln reenactors, interviews with five historians of the Civil War, and hundreds of nineteenth-century images, including photographs of rare, archival documents from the Douglas Papers at the University of Chicago Special Collections Research Center and the Abraham Lincoln Presidential Library & Museum.

I am a Californian by birth, and a first-generation American, raised by parents who immigrated from England in the early 1960s. I received my B.A. in History from California State University, Hayward (now CSU East Bay) before journeying to the land of Lincoln, where I earned my M.A. and Ph.D. in American History from Northwestern University. I spent a year at Rhodes College in Memphis and seventeen years at Saint Xavier University in Chicago before coming to UIS in 2019. I live in Springfield with my wife and two daughters, and with echoes of Lincoln and American history everywhere present. 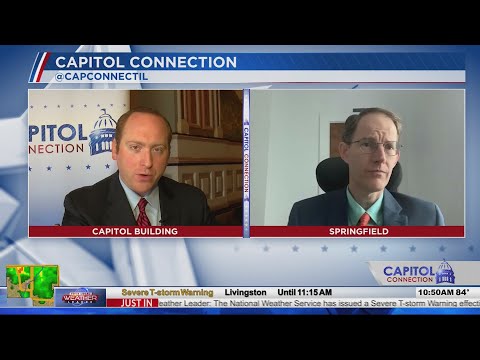 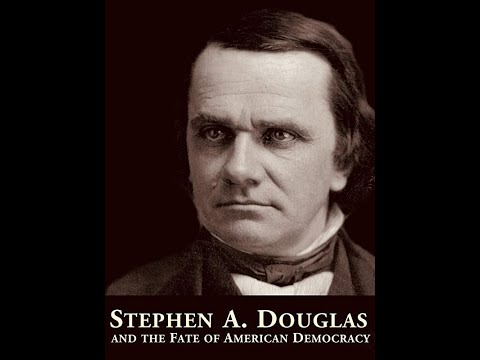