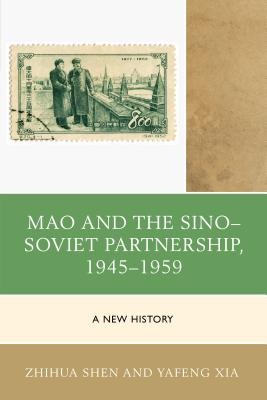 Based on Chinese archival documents, interviews, and more than twenty years of research on the subject, Zhihua Shen and Yafeng Xia offer a comprehensive look at the Sino-Soviet alliance between the end of the World War II and 1959, when the alliance was left in disarray as a result of foreign and domestic policies. This book is a reevaluation of the history of this alliance and is the first book published in English to examine it from a Chinese perspective.
Mao and the Sino-Soviet Partnership, 1945-1959: A New History

Shen Zhihua was born in 1950. He is based in the East China Normal University, holding positions of Distinguished Professor of the Department of History for Life, Dean of the Institute for Studies of China’s Neighboring Countries and Regions?ISCNCR?, and Director of the Center for Cold War International History Studies?CCWIHS).