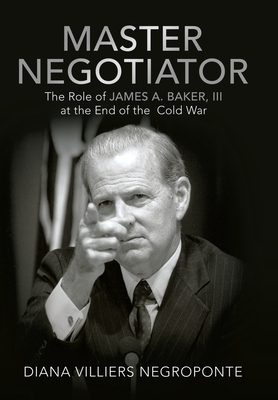 As secretary of state, James A. Baker III played a critical role on the world stage in the final years of the Cold War as the Soviet Union unraveled.

His political sense and the ability to test Soviet leaders, negotiate insoluble problems in the Middle East, charm friends, and achieve the placement of a unified Germany in the North Atlantic Treaty Organization were unmatched.

Diana Villiers Negroponte, an author, lawyer, and professor, highlights how Baker mobilized a coalition of international military forces, including the Soviets, to repel Saddam Hussein from Kuwait.

Baker seduced Israeli and West Bank Palestinians to meet face to face and begin the Oslo peace process and ended two civil wars in Central America. While he was initially hesitant about the Nunn Lugar bill to safeguard Soviet nuclear weapons, he became a driving force to transport nuclear material to secure sites in Russia.

The author also highlights Baker's failures, such as the inability to hold Yugoslavia together or to provide sufficient funds to stop the collapse of the Soviet economy.

With a foreword written by former President George H.W. Bush, this book reveals Baker's skills as a statesman-and explores how he changed the world.

Diana Villiers Negroponte is a Global Fellow, focused on the UK’s global role following its departure from the EU.  Her focus derives from her time at the European Commission and her leadership of the Conservative Party’s international office in the 1970s.

With Belgium and British parents, she was involved in British politics and relations with Europe until her marriage to a US diplomat. At the Wilson Center, she researched a diplomatic history of the last years of the Cold War, focused on the role of Secretary of State James A. Baker, III titled Master Negotiator: the Role of James A.Baker, III at the End of the Cold War. Published in December 2020, it focuses on the unification of Germany and the strength of US alliances to repel Saddam Hussein from Kuwait and bring both Israeli and Palestinian leaders to negotiate directly.

Prior to joining the Wilson Center, Dr. Negroponte was a Senior Fellow at the Brookings Institution and contributed to the history of the US Institute of Peace.  She practiced international trade and aviation law at Paul Hastings, Janofsky & Walker, and participated in the discussions on the dispute resolution chapter of NAFTA at the US Chamber of Commerce in Mexico City.

She is the author of Seeking Peace in El Salvador: the Struggle to Reconstruct a Nation  at the End of the Cold War (Palgrave Macmillan 2011) and published in El Salvador by Editorial Delgado (2016), The End of Nostalgia, Mexico Confronts the Challenge of Global Competition (Brookings Institution Press, 2013), as well as numerous articles and appearances in national media. 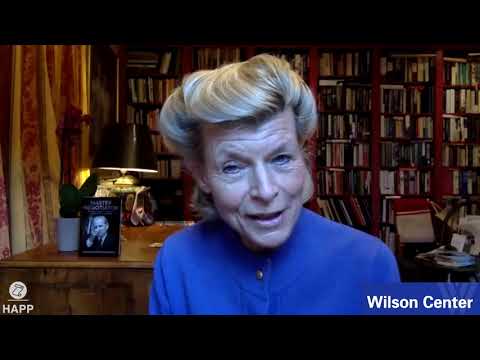 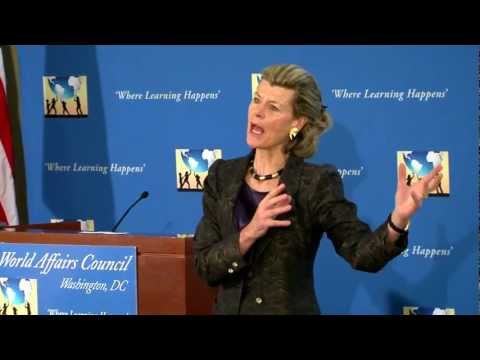