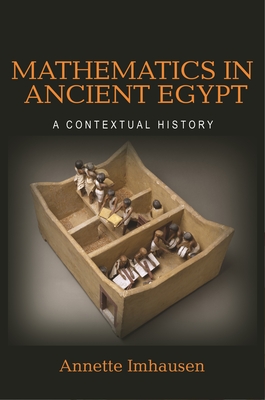 A survey of ancient Egyptian mathematics across three thousand years

Mathematics in Ancient Egypt traces the development of Egyptian mathematics, from the end of the fourth millennium BC--and the earliest hints of writing and number notation--to the end of the pharaonic period in Greco-Roman times. Drawing from mathematical texts, architectural drawings, administrative documents, and other sources, Annette Imhausen surveys three thousand years of Egyptian history to present an integrated picture of theoretical mathematics in relation to the daily practices of Egyptian life and social structures. Imhausen shows that from the earliest beginnings, pharaonic civilization used numerical techniques to efficiently control and use their material resources and labor. Even during the Old Kingdom, a variety of metrological systems had already been devised. By the Middle Kingdom, procedures had been established to teach mathematical techniques to scribes in order to make them proficient administrators for their king. Imhausen looks at counterparts to the notation of zero, suggests an explanation for the evolution of unit fractions, and analyzes concepts of arithmetic techniques. She draws connections and comparisons to Mesopotamian mathematics, examines which individuals in Egyptian society held mathematical knowledge, and considers which scribes were trained in mathematical ideas and why. Of interest to historians of mathematics, mathematicians, Egyptologists, and all those curious about Egyptian culture, Mathematics in Ancient Egypt sheds new light on a civilization's unique mathematical evolution.
Mathematics in Ancient Egypt: A Contextual History

Annette Imhausen is professor of the history of science at Goethe University, Frankfurt. She is the author of Egyptian Algorithms.

Professor Imhausen was born in 1970 in Rüsselsheim, Germany and after high school, first studied mathematics, chemistry and Egyptology at the University of Mainz.

Graduated in 1996 (first state examination), then studied Egyptology and Ancient Near Eastern Studies at the Free University of Berlin and obtained PhD in the history of mathematics in 2000.

Professor was Imhausen was awarded Research stays in Cambridge, Mass. (Dibner Institute for the History of Science and Technology, MIT, 2000-2002) and Cambridge, England (Trinity Hall College and Department of History and Philosophy of Science, 2002-2006).

She was firs appointed to the University of Mainz  as a junior professor in the history of mathematics in 2006 and since January 2009 professor for the history of science in the premodern world at the Department of History.

Professor Imhausen is a member of the Cluster of Excellence "Formation of Normative Orders" at the University of Frankfurt.