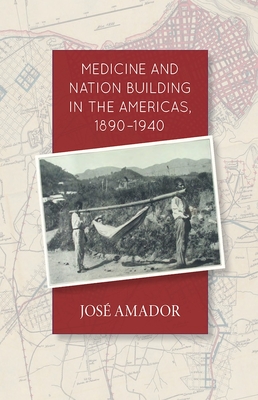 As medical science progressed through the nineteenth century, the United States was at the forefront of public health initiatives across the Americas. Dreadful sanitary conditions were relieved, lives were saved, and health care developed into a formidable institution throughout Latin America as doctors and bureaucrats from the United States flexed their scientific muscle. This wasn't a purely altruistic enterprise, however, as Jose Amador reveals in Medicine and Nation Building in the Americas, 1890-1940. Rather, these efforts almost served as a precursor to modern American interventionism. For places like Cuba, Puerto Rico, and Brazil, these initiatives were especially invasive. Drawing on sources in Cuba, Puerto Rico, Brazil, and the United States, Amador shows that initiatives launched in colonial settings laid the foundation for the rise of public health programs in the hemisphere and transformed debates about the formation of national culture. Writers rethought theories of environmental and racial danger, while Cuban reformers invoked the yellow fever campaign to exclude nonwhite immigrants. Puerto Rican peasants flooded hookworm treatment stations, and Brazilian sanitarians embraced regionalist and imperialist ideologies. Together, these groups illustrated that public health campaigns developed in the shadow of empire propelled new conflicts and conversations about achieving modernity and progress in the tropics. This book is a recipient of the annual Norman L. and Roselea J. Goldberg Prize for the best project in the area of medicine.
Medicine and Nation Building in the Americas, 1890-1940

Dr. Amador's first book, Medicine and Nation Building in the Americas, 1890-1940 (Vanderbilt University Press, 2015), argues that the circulation of public health initiatives launched in the colonial periphery were central to the making of modern national culture in Cuba, Puerto Rico, and Brazil. His book was awarded the Norman L. and Roselea J. Goldberg Prize for best project in the area of medicine.

He is also the co-editor of Historia y memoria: sociedad, cultura y vida cotidiana en Cuba (Centro de la Cultura Cubana Juan Marinello, 2003). He has published essays on Puerto Rican Afro-diasporic music and on the founder of the Cuban journal Pensamiento crítico. He is currently working on a manuscript about transgender activism and health rights in Brazil.