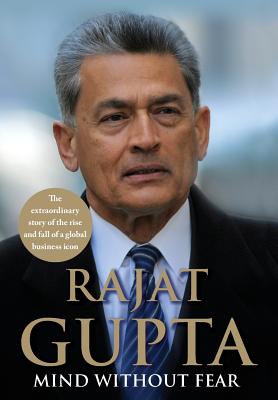 For nine years, Rajat Gupta led McKinsey & Co.--the first foreign-born person to head the world's most influential management consultancy. He was also the driving force behind major initiatives such as the Indian School of Business and the Public Health Foundation of India. A globally respected figure, he sat on the boards of distinguished philanthropic institutions such as the Gates Foundation and the Global Fund to Fight AIDS, Tuberculosis and Malaria, and corporations, including Goldman Sachs, American Airlines, and Procter & Gamble.

In 2011, to the shock of the international business community, Gupta was arrested and charged with insider trading. Against the backdrop of public rage and recrimination that followed the financial crisis, he was found guilty and sentenced to two years in jail. Throughout his trial and imprisonment, Gupta has fought the charges and maintains his innocence to this day.

In these pages, Gupta recalls his unlikely rise from orphan to immigrant to international icon as well as his dramatic fall from grace. He writes movingly about his childhood losses, reflects on the challenges he faced as a student and young executive in the United States, and offers a rare inside glimpse into the elite and secretive culture of McKinsey, the Firm. And for the first time, he tells his side of the story in the scandal that destroyed his career and reputation. Candid, compelling, and poignant, Gupta's memoir is much more than a courtroom drama; it is an extraordinary tale of human resilience and personal growth.