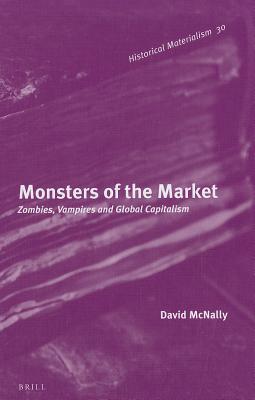 Monsters of the Market: Zombies, Vampires and Global Capitalism

Winner of the 2012 Isaac and Tamara Deutscher Memorial Prize.

Monsters of the Market investigates the rise of capitalism through the prism of the body-panics it arouses. Drawing on folklore, literature and popular culture, the book links tales of monstrosity from early-modern England, including Mary Shelley's Frankenstein, to a spate of recent vampire- and zombie-fables from sub-Saharan Africa, and it connects these to Marx's persistent use of monster-metaphors in his descriptions of capitalism. Reading across these tales of the grotesque, Monsters of the Market offers a novel account of the cultural and corporeal economy of a global market-system. The book thus makes original contributions to political economy, cultural theory, commodification-studies and 'body-theory'.
Monsters of the Market: Zombies, Vampires and Global Capitalism