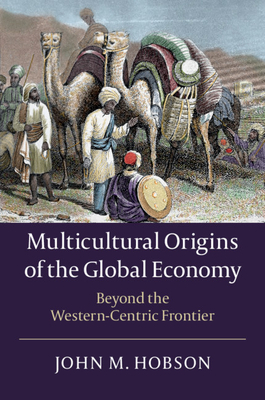 Multicultural Origins of the Global Economy: Beyond the Western-Centric Frontier

Westerners on both the left and right overwhelmingly conflate globalisation with Westernisation and presume that the global economy is a pure Western-creation. Taking on the traditional Eurocentric Big Bang theory, or the 'expansion of the West' narrative, this book reveals the multicultural origins of globalisation and the global economy, not so as to marginalise the West but to show how it has long been embedded in complex interconnections and co-constitutive interactions with non-Western actors/agents and processes. The central empirical theme is the role of Indian structural power that was derived from Indian cotton textile exports. Indian structural power organised the first (historical-capitalist) global economy between 1500 and c.1850 and performed a vital, albeit indirect, role in the making of Western empire, industrialisation and the second (modern-capitalist) global economy. These textiles underpinned the complex inter-relations between Africa, West/Central/East/Southeast Asia, the Americas and Europe that collectively drove global economic development forward.
Multicultural Origins of the Global Economy: Beyond the Western-Centric Frontier

Professor Hobson gained his PhD from the LSE (1991), joined the Department in 2004 as Reader and became Professor of Politics and International Relations in 2005. Previously he taught at La Trobe University, Melbourne (1991–97) and the University of Sydney (1997–2004).

His main research interest concerns the area of inter-civilizational relations and everyday political economy. His work is principally involved in carrying forward the critique of Eurocentrism in World History/Historical Sociology, International Relations and IPE.

Global Historical Sociology of IR (GHSIR): I continue my interest in GHSIR, though since about 2000 I have combined this with my critique of Eurocentrism, both in empirical accounts of the rise of the West and of the development of world politics/economics, as well as in IR/IPE theory.

I am currently working on a book that produces a non-Eurocentric analysis of the global political economy in the last 500 years.

Source: The University of Sheffield