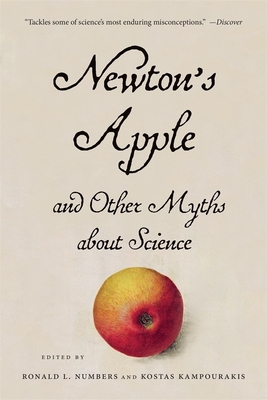 Newton's Apple and Other Myths about Science

Tackles some of science's most enduring misconceptions.
--Discover

A falling apple inspired Isaac Newton's insight into the law of gravity--or did it really?

Among the many myths debunked in this refreshingly irreverent book are the idea that alchemy was a superstitious pursuit, that Darwin put off publishing his theory of evolution for fear of public reprisal, and that Gregor Mendel was ahead of his time as a pioneer of genetics. More recent myths about particle physics and Einstein's theory of relativity are discredited too, and a number of dubious generalizations, like the notion that science and religion are antithetical, or that science can neatly be distinguished from pseudoscience, go under the microscope of history.

Newton's Apple and Other Myths about Science brushes away popular fictions and refutes the widespread belief that science advances when individual geniuses experience Eureka! moments and suddenly grasp what those around them could never imagine.

Delightful...thought-provoking...Every reader should find something to surprise them.
--Jim Endersby, Science

Better than just countering the myths, the book explains when they arose and why they stuck.
--The Guardian

Newton's Apple and Other Myths about Science