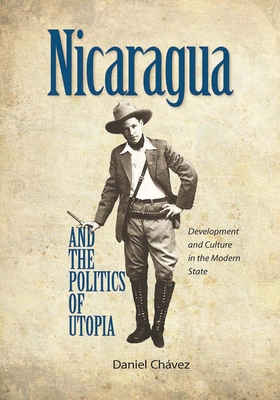 Nicaragua and the Politics of Utopia: Development and Culture in the Modern State

The history of modern Nicaragua is populated with leaders promising a new and better day. Inevitably, as Nicaragua and the Politics of Utopia demonstrates, reality casts a shadow and the community must look to the next leader. As an impoverished state, second only to Haiti in the Americas, Nicaragua has been the scene of cyclical attempts and failures at modern development. Author Daniel Chavez investigates the cultural and ideological bases of what he identifies as the three decisive movements of social reinvention in Nicaragua: the regimes of the Somoza family of much of the early to mid-twentieth century; the governments of the Sandinista party; and the present-day struggle to adapt to the global market economy.

For each era, Chavez reveals the ways Nicaraguan popular culture adapted and interpreted the new political order, shaping, critiquing, or amplifying the regime's message of stability and prosperity for the people. These tactics of interpretation, otherwise known as meaning-making, became all-important for the Nicaraguan people, as they opposed the autocracy of Somocismo, or complemented the Sandinistas, or struggled to find their place in the Neoliberal era. In every case, Chavez shows the reflective nature of cultural production and its pursuit of utopian idealism.

Nicaragua and the Politics of Utopia: Development and Culture in the Modern State

Daniel Chávez is assistant professor of Latin American and Latino studies at the Department of Languages, Literatures and Cultures at the University of New Hampshire. He joined the University of New Hampshire in 2015, and teaches courses in Spanish language, composition, and critical analysis. The author of numerous articles on film, Latin American literature, and new media studies, he is currently working on a third book, a study of new media representations of Mexican and Mexican American history and culture. Vanderbilt University Press published his book on the cultural and political history of Nicaragua.

Chávez's research is interdisciplinary in nature and includes different aspects of media, history, politics, film and culture from Latin America; especially Mexico and Nicaragua. He also conducts research on race, culture, and film of Latino populations in the United States.