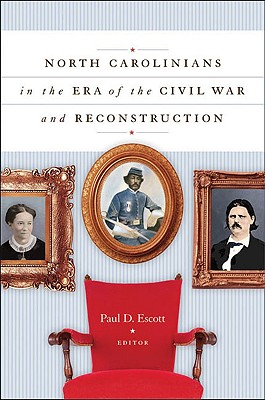 North Carolinians in the Era of the Civil War and Reconstruction

Although North Carolina was a home front state rather than a battlefield state for most of the Civil War, it was heavily involved in the Confederate war effort and experienced many conflicts as a result. North Carolinians were divided over the issue of secession, and changes in race and gender relations brought new controversy. Blacks fought for freedom, women sought greater independence, and their aspirations for change stimulated fierce resistance from more privileged groups. Republicans and Democrats fought over power during Reconstruction and for decades thereafter disagreed over the meaning of the war and Reconstruction.

With contributions by well-known historians as well as talented younger scholars, this volume offers new insights into all the key issues of the Civil War era that played out in pronounced ways in the Tar Heel State. In nine essays composed specifically for this volume, contributors address themes such as ambivalent whites, freed blacks, the political establishment, racial hopes and fears, postwar ideology, and North Carolina women. These issues of the Civil War and Reconstruction eras were so powerful that they continue to agitate North Carolinians today.

North Carolinians in the Era of the Civil War and Reconstruction