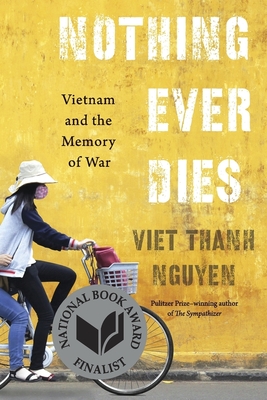 Nothing Ever Dies: Vietnam and the Memory of War

All wars are fought twice, the first time on the battlefield, the second time in memory. From the author of the Pulitzer Prize-winning novel The Sympathizer comes a searching exploration of the conflict Americans call the Vietnam War and Vietnamese call the American War--a conflict that lives on in the collective memory of both nations.

[A] gorgeous, multifaceted examination of the war Americans call the Vietnam War--and which Vietnamese call the American War...As a writer, [Nguyen] brings every conceivable gift--wisdom, wit, compassion, curiosity--to the impossible yet crucial work of arriving at what he calls 'a just memory' of this war.
--Kate Tuttle, Los Angeles Times

In Nothing Ever Dies, his unusually thoughtful consideration of war, self-deception and forgiveness, Viet Thanh Nguyen penetrates deeply into memories of the Vietnamese war...[An] important book, which hits hard at self-serving myths.
--Jonathan Mirsky, Literary Review

Ultimately, Nguyen's lucid, arresting, and richly sourced inquiry, in the mode of Susan Sontag and W. G. Sebald, is a call for true and just stories of war and its perpetual legacy.
--Donna Seaman, Booklist (starred review)

Nothing Ever Dies: Vietnam and the Memory of War

Viet Thanh Nguyen’s novel The Sympathizer is a New York Times best seller and won the Pulitzer Prize for Fiction. Other honors include the Dayton Literary Peace Prize, the Edgar Award for Best First Novel from the Mystery Writers of America, the Andrew Carnegie Medal for Excellence in Fiction from the American Library Association, the First Novel Prize from the Center for Fiction, a Gold Medal in First Fiction from the California Book Awards, and the Asian/Pacific American Literature Award from the Asian/Pacific American Librarian Association.

His other books are Nothing Ever Dies: Vietnam and the Memory of War (a finalist for the National Book Award in nonfiction and the National Book Critics Circle Award in General Nonfiction) and Race and Resistance: Literature and Politics in Asian America. He is a University Professor, the Aerol Arnold Chair of English, and a Professor of English, American Studies and Ethnicity, and Comparative Literature at the University of Southern California. He has been interviewed by Tavis Smiley, Charlie Rose, Seth Meyers, and Terry Gross, among many others.

He is also  the author of the bestselling short story collection, The Refugees. Most recently he has been the recipient of fellowships from the Guggenheim and MacArthur Foundations, and le Prix du meilleur livre étranger (Best Foreign Book in France), for The Sympathizer. He is the editor of The Displaced: Refugee Writers on Refugee Lives. His most recent publication is Chicken of the Sea, a children’s book written in collaboration with his six-year-old son, Ellison. His next book is The Committed, the sequel to The Sympathizer, coming out in March 2021.

Viet Thanh Nguyen is a University Professor, Aerol Arnold Chair of English, and Professor of English, American Studies and Ethnicity, and Comparative Literature at the University of Southern California.

He is the author of Race and Resistance: Literature and Politics in Asian America (Oxford University Press, 2002) and the novel The Sympathizer, from Grove/Atlantic (2015).

The Sympathizer won the 2016 Pulitzer Prize for Fiction, the Dayton Literary Peace Prize, an Edgar Award for Best First Novel from the Mystery Writers of America, the First Novel Prize from the Center for Fiction, the Carnegie Medal for  Excellence in Fiction from the American Library Association, le Prix du meilleur livre étranger (Best Foreign Book in France), a California Book Award, and the Asian/Pacific American Award for Literature in Fiction from the Asian/Pacific American Librarians Association.

It was also a finalist for the PEN/Faulkner Award for Fiction and the PEN/Robert W. Bingham Prize for Debut Fiction. The novel made it to over thirty book-of-the-year lists, including The Guardian, The New York Times,  The Wall Street Journal, Amazon.com, Slate.com, and The Washington Post. The foreign rights have been sold to twenty-seven countries. 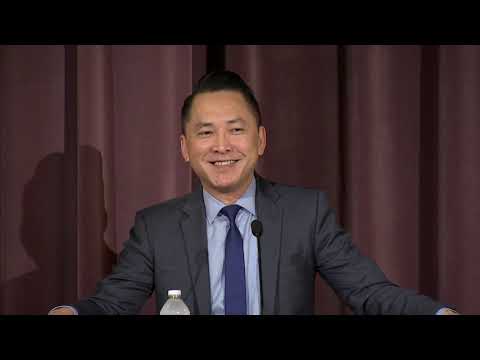 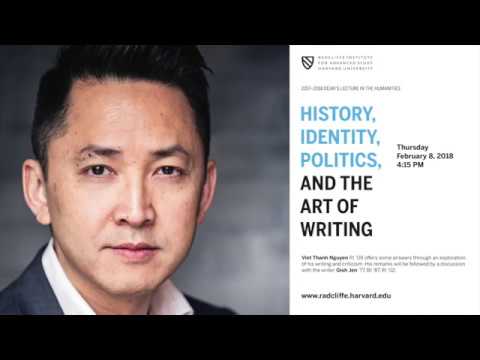