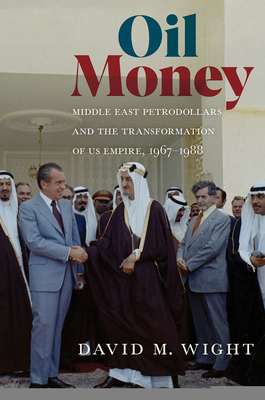 Oil Money: Middle East Petrodollars and the Transformation of Us Empire, 1967-1988

Oil Money: Middle East Petrodollars and the Transformation of Us Empire, 1967-1988

My second book project explores the dramatic rise in the number of Arab students attending universities in the United States and of American professors developing educational programs in the Arab world during the Cold War, primarily financed by petrodollars. Utilizing Arabic and English-language governmental records, university and student organization papers, interviews, and popular media, my research charts the connections formed through educational exchanges between the United States and Egypt, the Levant, Iraq, and the Arabian Peninsula.

I also compare US educational programs in the Arab world with those of other anglophone countries like the United Kingdom, Canada, and Australia and analyze US collaborations with them. I focus on how these international networks reshaped the political, religious, and cultural activities of students and educators; and how these exchanges reformulated geostrategic, development, and commercial ties between states, businesses, non-profits, and immigrant communities.

My first book, Oil Money: Middle East Petrodollars and the Transformation of US Empire, 1967-1988 (Cornell University Press, 2021), is the first study to comprehensively explain how the surge in petrodollar profits of oil-rich states during the 1970s dramatically changed logics of power and relationships between the United States and the MENA.

This research draws upon Arabic and English language sources from governmental and non-governmental records to chart how corporate and governmental leaders in the United States and allied MENA countries successfully negotiated a new cooperative order based upon the recycling of petrodollars after the oil shock of the early 1970s. At the same time, the work explores how the tendency of the US petrodollar order to reinforce structures of economic disparity and conflict also generated cultures of opposition within the United States and the MENA that endangered its long-term viability.