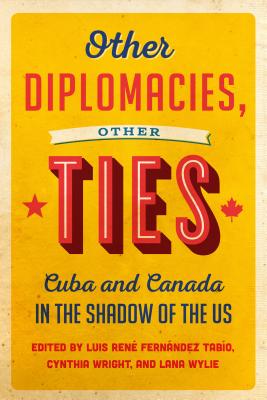 Other Diplomacies, Other Ties: Cuba and Canada in the Shadow of the Us

Other Diplomacies, Other Ties explores Cuba-Canada relations following the revolution of 1959 and the major geopolitical and economic transformations that have occurred in recent years.

Through the conceptual lens of other diplomacies, which emphasizes interactions among non-state actors, the contributors challenge the conventional wisdom regarding the actions of diplomats, politicians, journalists, spies, and ?migr?s. Featuring both Cuban and Canadian contributors, the volume offers a diverse range of research methodologies including ethnography, archival work, and policy analysis to encourage critical examination about the problems, possibilities, and promise of the longstanding relationship between Canada and Cuba. All decades of the post-1959 relationship - from the dramatic early years during which the diplomatic and political relationship was negotiated through to contemporary education exchanges and the gradual formation of Cuban-Canadian diasporas, are critically reappraised.

Other Diplomacies, Other Ties

is a nuanced and unique volume that crucially gives voice to Cuban scholars' perspectives on the Canada-Cuba relationship.
Other Diplomacies, Other Ties: Cuba and Canada in the Shadow of the Us