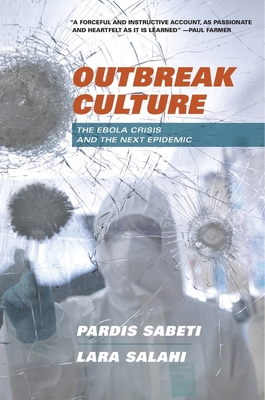 Outbreak Culture: The Ebola Crisis and the Next Epidemic

An award-winning genetic researcher who helped contain the Ebola outbreak and a prize-winning journalist reveal what it will take to prevent the next pandemic from spiraling out of control.

As we saw with our response to Ebola and Zika--and are seeing now with the disastrous early handling of the coronavirus COVID-19 outbreak--a lack of preparedness, delays in action, and large-scale system-wide problems with the distribution of critical medical resources can result in lost lives.

Outbreak Culture examines each phase of the 2014 Ebola outbreak in West Africa--one of the largest and deadliest epidemics to date--and identifies factors that prevented key information from reaching physicians. Drawing insights from clinical workers, data collectors, organizational experts, and public health researchers, Pardis Sabeti and Lara Salahi expose a fractured system that failed to gather and share knowledge of the virus and ensure timely containment. The authors describe how much more could have been done by global medical and political organizations to safeguard the well-being of caregivers, patients, and communities affected by this devastating outbreak and they outline changes that are urgently needed to ensure a more effective coordinated response to the next epidemic.

Secrecy, competition, and poor coordination plague nearly every major public health crisis--and we are seeing their deadly consequences play out again. A work of fearless integrity and unassailable authority, Outbreak Culture seeks to change the culture of responders.

Outbreak Culture: The Ebola Crisis and the Next Epidemic

Dr. Pardis Sabeti is a Professor at the Center for Systems Biology and Department of Organismic and Evolutionary Biology at Harvard University and the Department of Immunology and Infectious Disease at the Harvard School of Public Health. She is an Institute Member of the Broad Institute of Harvard and MIT, and a Howard Hughes Investigator.

Dr. Sabeti is a computational geneticist with expertise developing algorithms to detect genetic signatures of adaption in humans and the microbial organisms that infect humans. Her lab’s key research areas include: (1) Developing analytical methods to detect and investigate evolution in the genomes of humans and other species (2) Examining host and viral genetic factors driving disease susceptibility to the devastating and deadly diseases in West Africa, Ebola Virus Disease and Lassa hemorrhagic fever. (3) Investigating the genomes of microbes, including Lassa virus, Ebola virus, Plasmodium falciparum malaria, Vibrio cholera, and Mycobacterioum tuberculosis to help in the development of intervention strategies. (4) Determining the microbial cause of undiagnosed acute febrile illness.

Dr. Sabeti completed her undergraduate degree at MIT, her graduate work at Oxford University as a Rhodes Scholar, and her medical degree summa cum laude from Harvard Medical School as a Soros Fellow. Dr. Sabeti is a World Economic Forum (WEF) Young Global Leader and a National Geographic Emerging Explorer, and was named a TIME magazine ‘Person of the Year’ as one of the Ebola fighters. Her awards included the Smithsonian American Ingenuity Award for Natural Science, the Vilcek Prize for Creative Promise, the NIH Innovator Award, the Packard Fellowship, and an Ellis Island Medal of Honor. She has served on the MIT Board of Trustees and the National Academy of Sciences Committee on Women in Science, Medicine, and Engineering. Dr. Sabeti is also the lead singer and co-song writer of the rock band Thousand Days.

Dr. Sabeti is one of the co-founders and a shareholder of SHERLOCK Biosciences, a company dedicated to improving health worldwide through accurate, fast and affordable testing. She is on the board and a shareholder of Danaher Corporation, the parent company of both Cepheid and IDT. She is a scientific advisory board member and shareholder of NextGen Jane, a women's health company launched by two lab alumni.

Dr. Sabeti’s lab focuses on developing new analytical and genomic methods to study evolutionary adaptation and genetic diversity in humans and pathogens, with three current research foci: (1) Identifying and characterizing the underlying adaptive changes that have shaped the human species over time; and (2) Investigating genetic diversity in pathogens such as Lassa virus, Ebola virus, Zika virus, and Babesia microti, towards improved diagnostics, surveillance, and interventions, and (3) Developing novels tools to detect and diagnose microbes causing human morbidity and mortality. 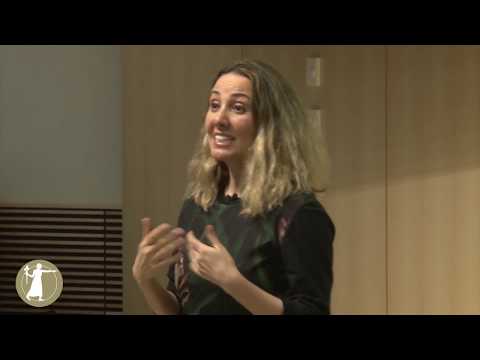 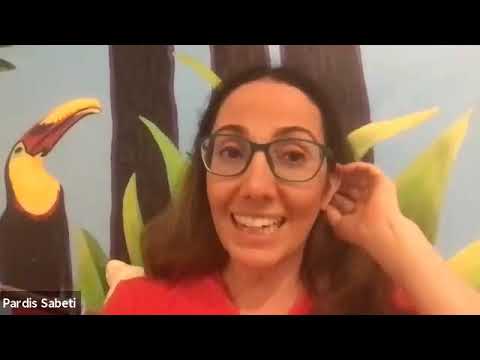