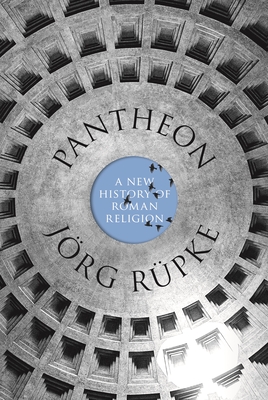 From one of the world's leading authorities on the subject, an innovative and comprehensive account of religion in the ancient Roman and Mediterranean world

In this ambitious and authoritative book, J�rg R�pke provides a comprehensive and strikingly original narrative history of ancient Roman and Mediterranean religion over more than a millennium--from the late Bronze Age through the Roman imperial period and up to late antiquity. While focused primarily on the city of Rome, Pantheon fully integrates the many religious traditions found in the Mediterranean world, including Judaism and Christianity. This generously illustrated book is also distinguished by its unique emphasis on lived religion, a perspective that stresses how individuals' experiences and practices transform religion into something different from its official form. The result is a radically new picture of Roman religion and of a crucial period in Western religion--one that influenced Judaism, Christianity, Islam, and even the modern idea of religion itself.