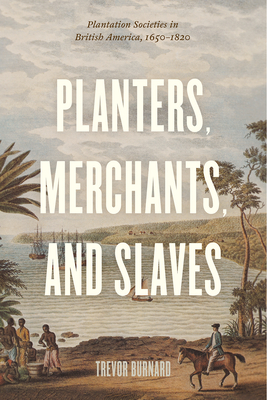 As with any enterprise involving violence and lots of money, running a plantation in early British America was a serious and brutal enterprise. In the contentious Planters, Merchants, and Slaves, Burnard argues that white men did not choose to develop and maintain the plantation system out of virulent racism or sadism, but rather out of economic logic because--to speak bluntly--it worked. These economically successful and ethically monstrous plantations required racial divisions to exist, but their successes were measured in gold, rather than skin or blood. Sure to be controversial, this book is a major intervention in the scholarship on slavery, economic development, and political power in early British America, mounting a powerful and original argument that boldly challenges historical orthodoxy.
Planters, Merchants, and Slaves: Plantation Societies in British America, 1650-1820