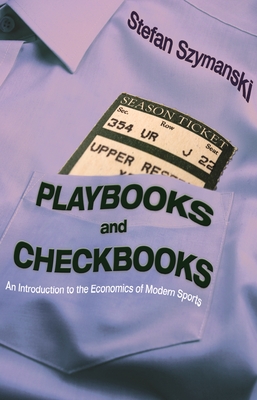 Playbooks and Checkbooks: An Introduction to the Economics of Modern Sports

What economic rules govern sports? How does the sports business differ from other businesses? Playbooks and Checkbooks takes a fascinating step-by-step look at the fundamental economic relationships shaping modern sports. Focusing on the ways that the sports business does and does not overlap with economics, the book uncovers the core paradox at the heart of the sports industry. Unlike other businesses, the sports industry would not survive if competitors obliterated each other to extinction, financially or otherwise--without rivals there is nothing to sell. Playbooks and Checkbooks examines how this unique economic truth plays out in the sports world, both on and off the field.

Noted economist Stefan Szymanski explains how modern sporting contests have evolved; how sports competitions are organized; and how economics has guided antitrust, monopoly, and cartel issues in the sporting world. Szymanski considers the motivation provided by prize money, uncovers discrepancies in players' salaries, and shows why the incentive structure for professional athletes encourages them to cheat through performance-enhancing drugs and match fixing. He also explores how changes in media broadcasting allow owners and athletes to play to a global audience, and why governments continue to publicly fund sporting events such as the Olympics, despite almost certain financial loss.

Using economic tools to reveal the complex arrangements of an industry, Playbooks and Checkbooks illuminates the world of sports through economics, and the world of economics through sports.

Playbooks and Checkbooks: An Introduction to the Economics of Modern Sports

Dr. Stefan Szymanski came to the University of Michigan School of Kinesiology as the Stephen J. Galetti Professor of Sport Management in 2011. Before that he had appointments at London Business School, Imperial College Business School, and Cass Business School, all in London. Dr. Szymanski completed an undergraduate degree at the University of Oxford, and received his PhD in Economics at Birkbeck College, University of London. As a leading expert in the economics of sports in general and soccer in particular, he is widely quoted in the media and has written op-eds for the New York Times, Washington Post, and Financial Times. You can follow him on Twitter (@sszy) and on his blog (soccernomics-agency.com).

Dr. Szymanski has authored more than one hundred academic papers published in reviewed journals, mostly on the economics and history of sport. He is the author of several books, including the New York Times bestseller Soccernomics (with Simon Kuper), the fourth edition of which appeared in 2018. The book has been translated into fifteen languages. A history of sports in Detroit (co-authored with Silke Weineck) will be published in 2020.

Dr. Szymanski has appeared as an expert witness on the economics of sport in numerous court cases on issues such as the collective sale of broadcast rights, the valuation of soccer clubs, and recently for the US Department of Justice on the economics of corruption in relation to the trial of former FIFA executives.

He is currently leading the development of a series of MOOCs (massive open online courses) on programming sports analytics in Python in collaboration with the U-M School of Information. 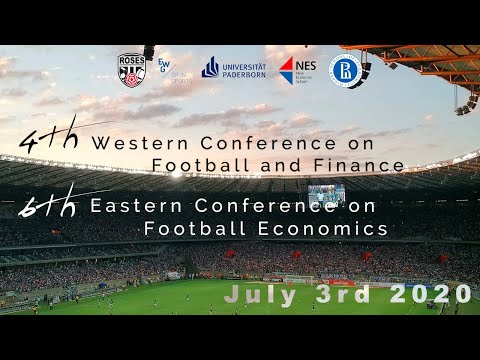 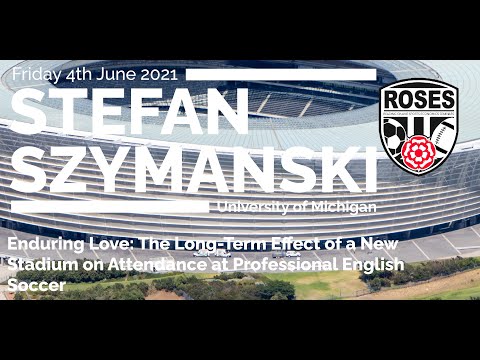 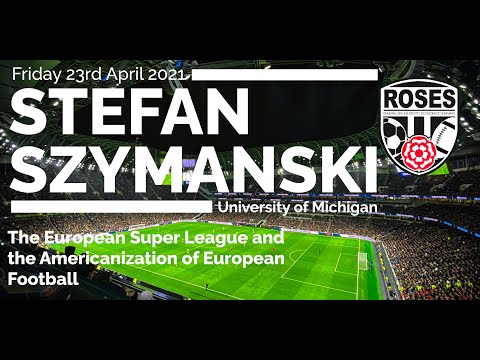