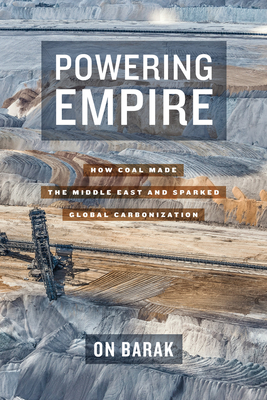 Powering Empire: How Coal Made the Middle East and Sparked Global Carbonization

The Age of Empire was driven by coal, and the Middle East--as an idea--was made by coal. Coal's imperial infrastructure presaged the geopolitics of oil that wreaks carnage today, as carbonization threatens our very climate. Powering Empire argues that we cannot promote worldwide decarbonization without first understanding the history of the globalization of carbon energy. How did this black rock come to have such long-lasting power over the world economy?

Focusing on the flow of British carbon energy to the Middle East, On Barak excavates the historic nexus between coal and empire to reveal the political and military motives behind what is conventionally seen as a technological innovation. He provocatively recounts the carbon-intensive entanglements of Western and non-Western powers and reveals unfamiliar resources--such as Islamic risk-aversion and Gandhian vegetarianism--for a climate justice that relies on more diverse and ethical solutions worldwide.

Powering Empire: How Coal Made the Middle East and Sparked Global Carbonization

I am a social and cultural historian of science and technology in non-Western settings. I am an Associate Professor at the Department of Middle Eastern and African History at Tel Aviv University, and the author of three books: Powering Empire: How Coal Made the Middle East and Sparked Global Carbonization (University of California Press, 2020), On Time: Technology and Temporality in Modern Egypt (University of California Press, 2013), and Names Without Faces: From Polemics to Flirtation in an Islamic Chat-Room (Uppsala University Press, 2006).

Prior to joining Tel Aviv University, I was a member of the Princeton Society of Fellows and a lecturer at the history department at Princeton University. In 2009, I received a joint Ph.D. in History and Middle Eastern Studies from New York University. I also hold am M.A. in Islamic Studies from Leiden University, the Netherlands, and Joint LL.B. and B.A. in Law and Arabic Language & Literature from the Hebrew University in Jerusalem. I am a co-founder and co-editor of the Social History Workshop, a weekly blog published on the Haaretz website analyzing current Middle Eastern affairs through the lens of contemporary historical research.

My most recent book, Powering Empire, offers new insights into global decarbonization – humanity’s most pressing challenge – by charting a historical roadmap of how the world was carbonized. The book shows that we need to jettison some obfuscating myths in order to understand how fossil fuels were globalized.

One such myth is the naïve assumption that we are currently living in the age of oil, or even post-oil, and that coal fumes are a thing of the past. Quite the reverse! This is still the age of coal and much of what we associate with oil rests upon the foundations of coal. We must also overturn the conjecture that global carbonization started in Western Europe and then spread to the rest of the world. Settings like the Ottoman Empire were early arenas for testing and adopting coal and steamships. The steamer-friendly corridors running between Europe and Asia – which would become the “Middle East” – stimulated British industrialization and imperial expansion simultaneously.

Finally, we must resist the hegemony of energy and thermodynamics in all things fossil: the globalization of the hydrocarbon economy cannot be reduced to considerations of fueling or kinetic energy alone. Coal depots were also created as a pretext for imperial land grab, or out of concerns about ballasting, and stemmed from other material aspects of coal that had little to do with its combustion. This study, therefore, recounts the global spread of coal as a thickening carbon-intensive entanglement of energy and empire, of Western and non-Western powers – from Islamic risk-aversion to Gandhian vegetarianism – thereby excavating in the process unfamiliar resources for a more global and inclusive energy humanities.

My book On Time examines how the introduction of new technologies such as the railway or telegraph generated in Egypt unique practices of timekeeping, conviviality, and personhood. Devices hailed in England as driving forces of promptness obeyed in Egypt a double temporal standard whereby a strict metropolitan punctuality was contrasted with a laxer colonial one. Egyptians, in turn, understood this difference as one of an “Egyptian time” opposed to “alienating European efficiency.” Exploring such processes, my study retraces timekeeping practices in Egypt back to their technological and colonial origins.

I am currently working on a social and cultural history of temperature in the modern Middle East. This book project is a multi-sited historical research into the environmental, political, social, and cultural implications of rising temperatures in a Middle East that was entering the age of fossil fueled European imperialism. Known before the nineteenth century for its sweltering climate and hence for creative modes of heat-resistance developed by its inhabitants, in modern times the region saw the forceful introduction of cooling protocols and devises that paradoxically exacerbated environmental hotness by burning coal and then oil.

The proposed project retrieves modes of bodily comportment, homemaking, urban planning, and social interaction that were intimately attuned to the weather and that eventually gave way to new lifestyles predicated on fossil fuels. It also probes the unique terms of adoption and the inflections of the supposedly generic life predicated on imported frozen meat, artificial ice machines, water desalination devices, refrigerators, rail and later automobile and aircraft travel in air-conditioned vehicles, and modes of domesticity similarly (air)-conditioned. 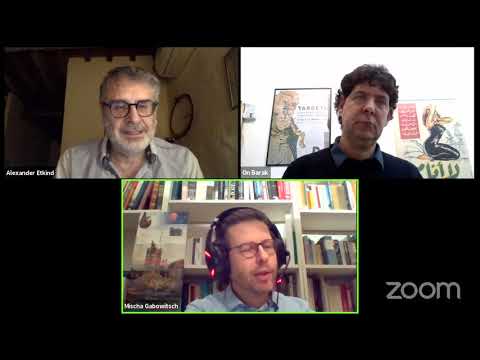 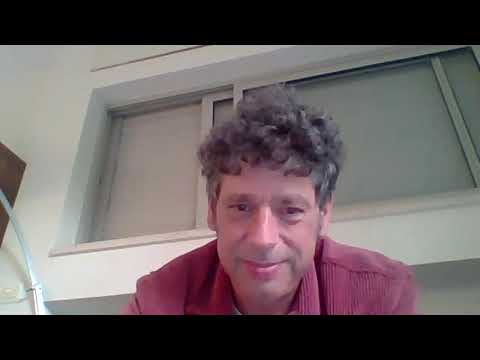