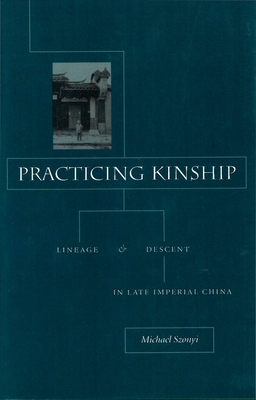 Presenting a new approach to the history of Chinese kinship, this book attempts to bridge the gap between anthropological and historical scholarship on the Chinese lineage by considering its development in terms of individual and collective strategies. Based on a wide range of newly available sources such as lineage genealogies and stone inscriptions, as well as oral history and extensive observation of contemporary ritual practice in the field, this work explores the historical development of kinship in villages of the Fuzhou region of southeastern Fujian province.

In the late imperial period (1368-1911), the people of Fuzhou compiled lengthy genealogies, constructed splendid ancestral halls, and performed elaborate collective rituals of ancestral sacrifice, testimony to the importance they attached to organized patrilineal kinship. In their writings on the lineage, members of late imperial elites presented such local behavior as the straightforward expression of universal and eternal principles. In this book, the author shows that kinship in the Fuzhou region was a form of strategic practice that was always flexible and negotiable. In using the concepts and institutions of kinship, individuals and groups redefined them to serve their own purposes, which included dealing with ethnic differentiation, competing for power and status, and formulating effective responses to state policies. Official efforts to promote a neo-Confucian agenda, to register land and population, and to control popular religion drove people to organize themselves on kinship principles and to institutionalize their kinship relationships. Local efforts to turn compliance with official policies, or at least claims of compliance, to local advantage meant that policymakers were continually frustrated.

Because kinship was constituted in a complex of representations, it was never stable or fixed, but fluid and multiple. In offering this new perspective on this history of Chinese lineage practices, the author also provides new insights into the nature of cultural integration and state control in traditional Chinese society.